HARDCORE SUPERSTAR Singer Discusses 'Have Mercy On Me' Single, Video

Fan-filmed video footage of Yngwie Malmsteen‘s October 22 performance at The Forum in Hazard, Kentucky can be seen below.

Malmsteen has just embarked on the second 2017 leg of his “World On Fire” U.S. headlining tour. Yngwie and his ensemble of musicians are performing pieces from the legendary neo-classical stylings of “Rising Force” (1984) as well as songs from the fierce “World On Fire”, and material from everything in between.

Malmsteen‘s previous U.S. trek marked his first run of dates in the States since 2016 when he took part in the “Generation Axe” tour alongside Steve Vai, Zakk Wylde, Nuno Bettencourt and Tosin Abasi, playing to more than seventy thousand people over twenty-seven shows.

Yngwie‘s latest album, “World On Fire”, came out in June 2016 via King Records. He told Seymour Duncan about the CD: “I spent two years [working] on it, touring, recording, touring, recording. And that’s much, much better, actually, in a way. Back in the day I would write the songs then rehearse them with some musicians, then go and do a backing track and we’d record it, mix it, learn the songs to go play them on tour, then do it all again. That way isn’t necessarily conducive to making the best music, y’know what I mean? So in a very, very backhanded way, this weird twist of fate in the music industry has actually made it a more inspiring environment, for me at least. I can write anytime and record anytime. My recording studio is always open, twenty-four hours. I can just record when I want and it’s a beautiful thing.”

Asked what the new record sounds like, Malmsteen said: “It’s a Malmsteen record. [Laughs] But I would say it’s a little different. First of all, I do all the lead vocals on it. Any time I did lead vocals in the past, I was singing blues stuff. This time I decided to do lead vocals in my style of songwriting, so it’s different in that way. It’s a very hard-hitting album and some parts are very advanced, very complicated. But it’s a broad record. It’s definitely a must-listen-to!” 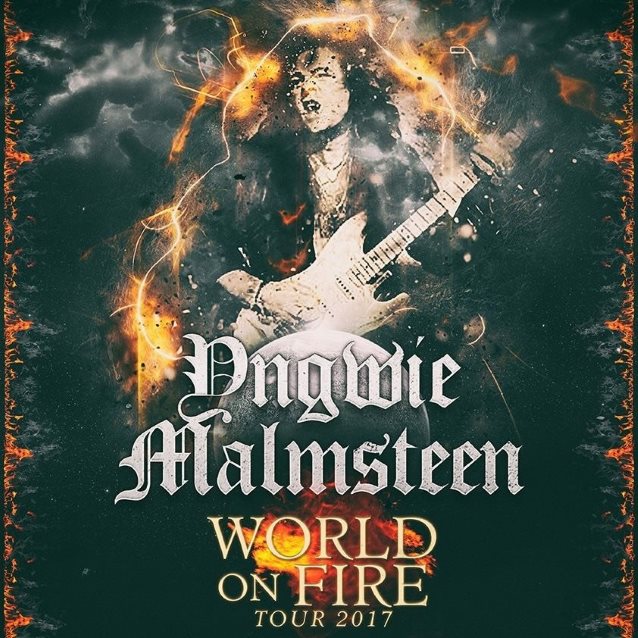