AVATAR Releases Music Video For 'The King Wants You'

JASON BONHAM On GRETA VAN FLEET: 'I Worry The Hype Will Ruin Them'

Featuring footage from HELLYEAH‘s Australian leg of the 2015 “Blood For Blood” world tour captured by the band’s fans, “We’re All In This Together” also features frank on-camera discussions with HELLYEAH founder Chad Gray discussing the heavy metal lifestyle and their history within the heavy metal community.

“Sangre Por Sangre (Blood For Blood)” live audio from “We’re All In This Together” can now be streamed below.

Maxwell recently confirmed that HELLYEAH will once again work with producer Kevin Churko, who helmed “Unden!able” and 2014’s “Blood For Blood” record. “Yes, I hope so, yes,” the guitarist said. “I don’t wanna work with anybody else. [He’s] kind of like the sixth member.

“For me, producers… It’s a loosely thrown around word,” he continued. “In my opinion, most producers are just glorified engineers. They know how to do good sounds, but a good producer, to me, is a composer who can bring ideas, who can help you re-write your song five or six different ways. And that’s a good thing to have. I welcome feedback, and I welcome other ideas. It just inspires me. You might not like it, you might like it; you’ve just gotta try it and see if it works.

“So, yeah, the next record, I’m sure we’re gonna be back in the studio with Kevin and it’s gonna be just like what we’re doing now — moving forward, [recording the] same heavy [kind of stuff]. Up and down, and giving people a journey.” 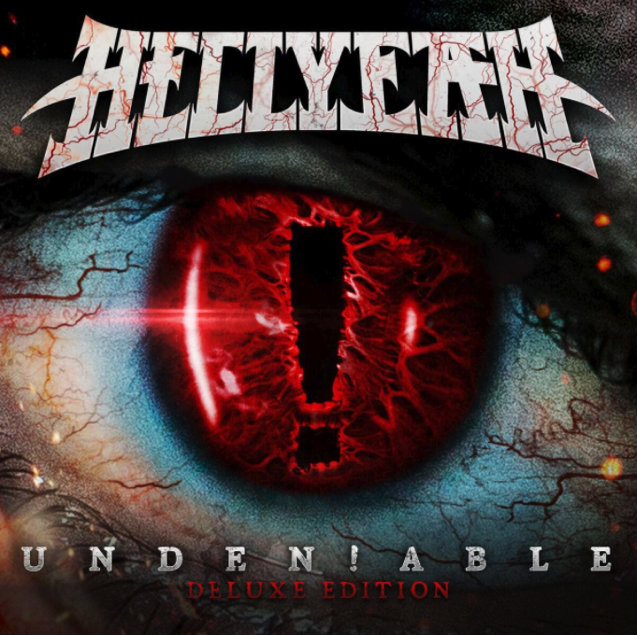