The Prog Report recently conducted an interview with renowned Dutch vocalist Anneke Van Giersbergen (ex-THE GATHERING) about her new band, VUUR. You can listen to the entire chat below. A few excerpts follow (transcribed by BLABBERMOUTH.NET).

On the origins of VUUR:

Anneke: “I’ve been doing a lot of things since I’ve been solo, which is exactly ten years now. I’ve been doing so many things with so many different artists and musicians and I love, love, love doing that because I learn from it and it’s so much fun and I love singing different genres as well. For a long time, I really wanted to make one of my solo albums to be heavy and heavy metal prog, that kind of stuff. I love listening to it. I love working with Devin [Townsend] and [AYREON leader] Arjen [Anthony Lucassen] and MOONSPELL and all these guys from the metal scene, but I really never made my own heavy metal album. But I never had the people around me, then I had this project with Arjen, THE GENTLE STORM, and we put together a live band just to go with this album on tour and that will be that because Arjen was out to make a new AYREON album and I was going to make a solo album after THE GENTLE STORM. So I was just thinking ‘Just tour for a year before we put this VUUR band together.’ Then Arjen helped me out and we asked some guys and we put them together and we go on tour and I realize, it was such a kick-ass band we have and such good players, great guys and they’re such good performers. I was thinking ‘Man, if I want to make a heavy album of prog or metal, then these are the guys I have to do it with.’ I asked them: ‘I’m going to do a solo album. I’m going to form a new band. Do you want to be in it?’ Everybody said ‘Yes!’ Here we are. We started writing. I gave it a band name because I didn’t want this to end, so I have a band, to make heavy, heavy music and for once and for all, give it a band name and everything I do from now on, heavy, is going to be under VUUR. All the rest, like my solo acoustic album, I do a lot of theater stuff in Holland, I can do under my name. It also gives a little bit of clarity.”

On the concept behind VUUR‘s debut album, “In This Moment We Are Free – Cities”, where each song highlights a city across the world:

Anneke: “I also had this idea for a bit longer because I’ve been traveling so much for twenty years or so. And, traveling is very inspiring. I love traveling. I also love being in airports and airplanes and hotels and I love visiting these different types of cities all the time. All the time you’re there, it makes you feel this or that and it makes you see things or remember things or think things. I write a lot on the road, but I thought ‘Why not write about these cities where I’m always at and make some kind of theme about it?’ As I was forming this band, I thought writing about big, fast, epic cities, you need big, epic music. I just put the two together. So it’s a theme. Each and every song has its own story, but there’s an overlapping theme as well. Yeah, I’m not done yet. I’m thinking about continuing this cities [theme] for a while, but I’m not sure about it.”

On the album’s opening song, “My Champion – Berlin”:

Anneke: “This song is about Berlin and it actually deals with just post-World War II. So I see Berlin as an entity, as a character, as a proud man, as a proud character. But just after the war, of course, it was devastated and down and everything was crumbled to dust and there was nothing. Still, you can see, because it’s only seventy years since World War II and still, you can feel a lot in our country as well. We still can talk to people who have been in the war, our parents, our grandparents. I see Berlin as a proud city trying to get back up on its feet after a devastation like that, a catastrophic thing like that is one of the hardest things. It’s happening all over the world, still. It’s also something I want to write about. We shouldn’t forget where our freedom comes from. But all that in poetic lyrics. If you just listen to it, you don’t even know what it’s about, but if you ask, there’s a whole story. The meaning is also just to make it your own when you listen to it because the danger is when you talk about cities is that you get a history lesson. I don’t want that. I want it to be eclectic and epic.”

“In This Moment We Are Free – Cities” will be released on October 20 via InsideOut Music. The disc was produced by Joost Van Den Broek, who was also involved in the writing process. Others co-writing partners are Mark Holcomb (PERIPHERY), Esa Holopainen (AMORPHIS), Daniel Cardoso (ANATHEMA), and both of VUUR‘s guitar players wrote a song as well. 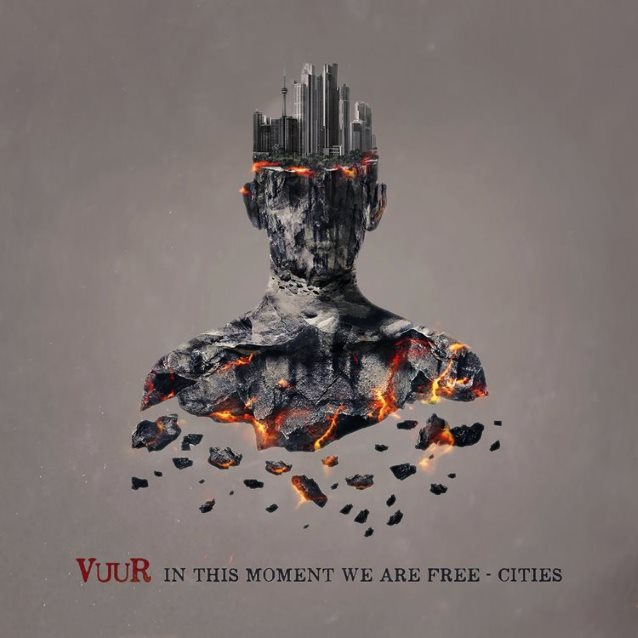 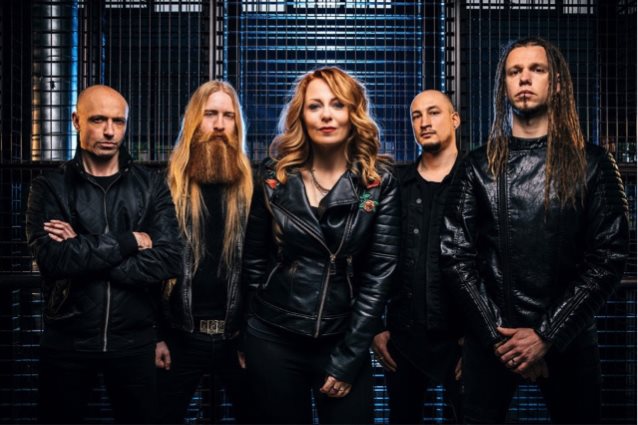