German thrash metal veterans KREATOR will embark on a European headlining tour in early 2018. Support on the trek will come from KREATOR‘s Nuclear Blast labelmates DECAPITATED as well as DAGOBA.

Commented KREATOR frontman Mille Petrozza: “Hordes! Do not miss this night of absolute aggression on our second European tour for ‘Gods Of Violence’! See you in the pit!”

Petrozza told Metal Wani about the reception to “Gods Of Violence”: “It couldn’t be better. To us, the way we measured the success of our record is ‘How do the fans react in the live situation to the songs we put in the setlist?’ For [the latest] tour, we’ve added, like, five or six new songs to the setlist. Reactions are just as good for, let’s say, ‘Extreme Aggression’ or one of the classic songs. To us, it’s mind-blowing. It shows us that we did something right.”

Regarding the lyrical approach for “Gods Of Violence”, Mille said: “[They’re] very much stream of consciousness style. You just start writing something down. Every time I have music or sometimes I have the lyrics first, sometimes I have the title first. A lot of times I have the title first, then I try to fill the title that I think sounds cool with a meaning. Sometimes I come up with a story that I try to fill with life. For example, the song ‘Death Becomes My Light’, I was reading a lot about near-death experiences. I wanted to write a song about somebody that experienced that and he comes back to life and he tries to tell all of his friends about it. He’s all excited to tell everyone that ‘You don’t have to be afraid.’ And nobody listens. That’s the frustration and the sadness is reflected in that song. ‘World War Now’, of course, is, for example, it’s been kind of based on the [2015 terrorist attack] at the Bataclan [Theatre in France], but not really. I don’t really like to write about current events too much because I want to write lyrics that still have the same meaning five years from now. I try to keep it pretty much timeless, so to speak.” 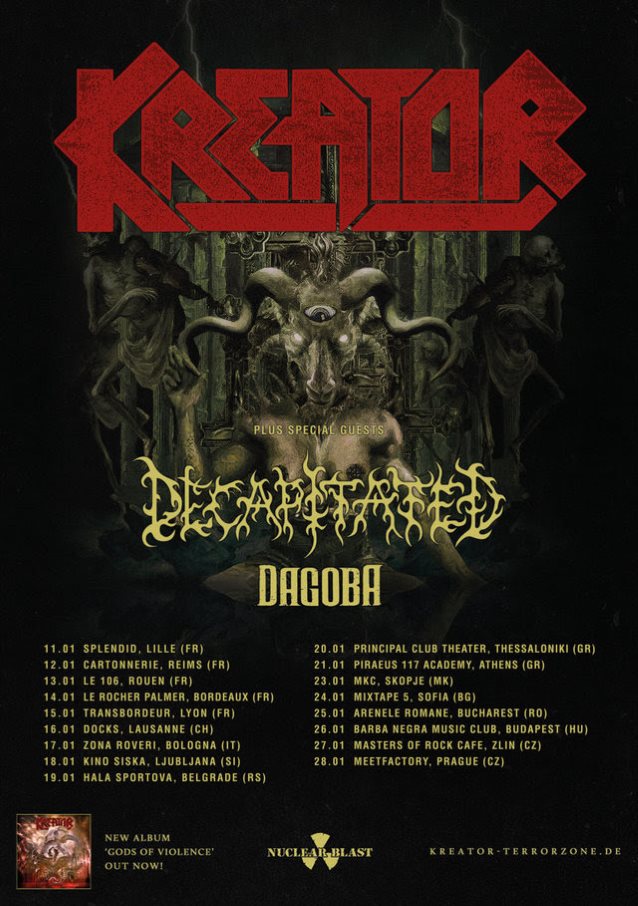