RUSH bassist/vocalist Geddy Lee has announced three more dates where he will be signing copies of “Geddy Lee’s Big Beautiful Book Of Bass” and giving fist bumps; this time on the East Coast.

“Geddy Lee’s Big Beautiful Book Of Bass” was released last December. The standard edition of the 408-page hardcover tome sells for $75 and showcases the bulk of Geddy‘s personal collection of bass guitars.

Among the instruments showcased in the book are by Fender, Gibson/Epiphone, Rickenbacker, Hofner, Ampeg — and lesser-known-but-influential global luthiers such as Antonio Wandr Pioli, Dan Armstrong and Tony Zemaitis.

In a recent interview with Q104.3‘s “Out Of The Box With Jonathan Clarke”, Lee talked about what he loves about collecting instruments and named a few of his favorites, including a 1961 Fender Precision Bass that was owned by THE WHO‘s John Entwistle and which Lee acquired with Rogan‘s help. The other gem of Lee‘s collection is a pair of 1964 Fender Jazz Basses in decoder red.

“One spent its life under a bed. It’s barely been played; it’s pristine,” he explained. “And the other one pictured beside it I found in Ireland, and it was owned by a single bass player who played in his own Irish show band for 45 years. And when I open the case of that, the first thing that comes out is the smell of cigarettes and beer. And that thing has war wounds, and, oh my god, it took my tech [John ‘Skully’ McIntosh] weeks to clean that thing up and make it playable. But when you see the two side by side, it really tells such a wonderful story.” 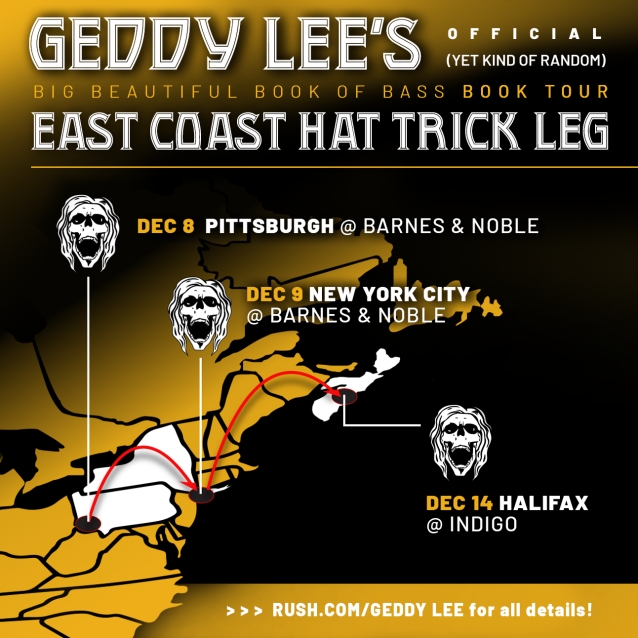