Behind-the-scenes footage from the making of the “Millennia’s Faith Undone” video from Taiwanese metallers CHTHONIC can be seen below. The clip features an appearance by Hong Kong singer Denise Ho.

“Millennia’s Faith Undone” is taken from CHTHONIC‘s latest album, “Battlefields Of Asura”, which was released on October 12.

Doris Yeh, the spokesperson and bassist in CHTHONIC, states that “Millennia’s Faith Undone” was inspired by the era of radical change in the history of Taiwan between the ’30s and the ’50s, also as the prequel to their albums of story series. Birdy, the director of the music video, set the narrative after the stores in their previous music videos of “Defenders Of Bú-Tik Palace” (acoustic version) and “Kaoru” (acoustic version). With an out-of-body experience, the main character sees the White Terror victims’ lives taken away by the dictators, and eventually himself being executed by shooting; all was left is his last will and testament overwhelmed in the mass of historical documents. Birdy recruited the crew and the lead actor and actress, Finn and Chia-Yu Chang, from the shoot for “Defenders Of Bú-Tik Palace” (acoustic version) and “Kaoru” (acoustic version) four years ago.

According to CHTHONIC, “Battlefields Of Asura” depicts the adventure of deities in Taiwan through eleven songs carrying messages about resistance, freedom and fraternity. The journey is full of hostility, adversary, impregnable fortresses and desires but also inspires infinite courage to search for eternal wisdom. Anyone deeply touched by this album will eventually realise that it is the origin of all thrilling epic stories portrayed in the past albums. This album sounds like gods versus devils and fights among evil spirits on the surface; however, everyone can feel the empathy of fury, grief and even strength of resurgence from the lyrics.

When asked why the band named the new album “Battlefields Of Asura”, Doris Yeh stated that “this album is the prologue of the albums released in the past and was inspired by and dedicated to the activists of Taiwan’s first modern political reform movement back in 1920s.” 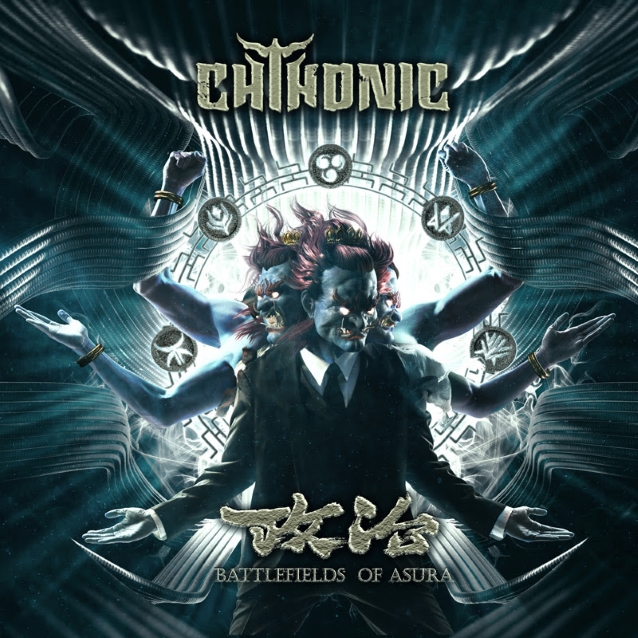