Professionally filmed video footage of METALLICA performing the song “Dream No More” live at Alerus Center in Grand Forks, North Dakota on September 8 can be seen below. The concert drew an audience of almost 17,000. The stadium holds 21,000.

“We did not break the [attendance] record, but had an excellent turnout and we appreciate the community’s support in this exciting event,” said Anna Rosburg, general manager of the Alerus.

Earlier in the year, METALLICA landed on Pollstar‘s Global Concert Pulse chart with concert grosses of more than $2 million per market appearance on the band’s European tour.

The San Francisco-based metal giants averaged 20,451 tickets per market, at an average ticket price of $104.

The 19 market reports included a two-night stand at Stuttgart, Germany’s Hanns Martin Schleyer Halle, which grossed $3.3 million. Both shows were sold out, with an attendance of 14,695 per concert.

Touring in support of its latest album, “Hardwired… To Self-Destruct”, that arrived in November 2016, METALLICA launched the world tour in Latin America a month before the disc’s release. In early 2017, prior to the North American stadium tour, the band made festival appearances and headlined concerts at venues in Asia, Europe and Latin America.

Although METALLICA played U.S. stadiums last summer, the band was mostly indoors for the first leg of its European tour last fall.

METALLICA‘s European tour included the first drone swarm for a major touring act. It consisted of 120 autonomous micro drones that emerge from the main-stage prop lifts during the song “Moth Into Flames” and swarm into several formations over the band’s heads, according to Pollstar.

The 2017 dates on the “WorldWired” tour, which included stadium shows across the U.S., grossed $110.3 million in North America and $152.8 million worldwide. 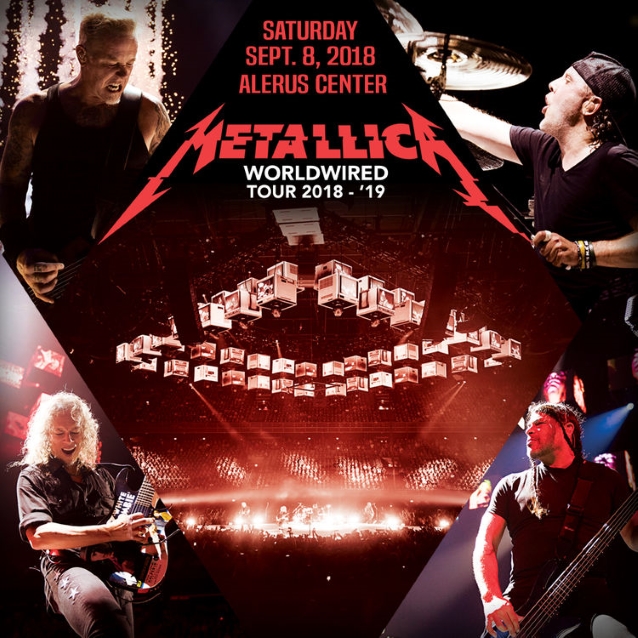