Professionally filmed video footage of SEPULTURA‘s entire September 1 concert at ReeveLand Music Festival in Markneukirchen, Germany can be seen below.

SEPULTURA guitarist Andreas Kisser confirmed to TotalRock Radio that the band has commenced the songwriting process for the follow-up to 2017’s “Machine Messiah” album. “Already, me, Eloy [Casagrande, drums], Derrick [Green, vocals] and Paulo [Xisto Pinto Jr., bass], we have a few ideas, so we have where to start from — a few songs in demo version,” he said at the Wacken Open Air festival in Wacken, Germany. “And we still have to develop [them] and stuff. We don’t still have a kind of a direction or a theme or something, but it’s getting there. We still like to enjoy a lot the road, and we don’t write that much on the road as a band. Yeah, it’s going, but it’s still early.”

Kisser also talked about SEPULTURA‘s relationship with Nuclear Blast Records, with whom the band has been for nearly a decade. “It’s amazing, man,” he said. “They are a metal label, and there are people that are on the scene since the beginning, the early days. It’s a label that never sold out. Many other labels sold out to bigger companies and bigger labels, you change personnel, you think more on the business side. I think Nuclear Blast has a perfect balance between believing in music — in metal and hardcore and punk — and having the business able to sustain everything… And you see how many artists now are with the label, which is great. It’s a great place to be. We have total freedom and support to do our stuff and to work with the producers we want and the artists for the cover — everything. They’re very supportive, and they believe in the band, which is everything we need. It’s great.”

SEPULTURA‘s official documentary, “Sepultura Endurance”, will tentatively be released on DVD and Blu-ray in late 2018 or early 2019. 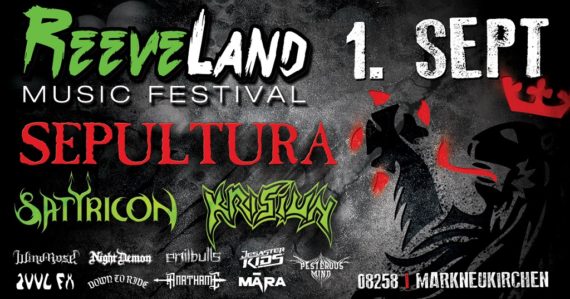