“AD/HD”, the new Max Ljungberg-directed video from Gothenburg, Sweden-based rockers HARDCORE SUPERSTAR, can be seen below. The song is taken from the band’s 11th studio album, “You Can’t Kill My Rock ‘N Roll”, which will be released on September 21 via Gain Music Entertainment. The disc consists of 12 ear-splitting anthems that drive home the fact that rock isn’t dead; it is, in fact, alive and well and thriving in Sweden.

Recorded throughout 2017 and early 2018 at the beautiful Österlyckan (Wooden Hybrid) studios near Gothenburg, the album was produced by the bandmembers themselves and mixed in Stockholm by Dino Medanhodzic.

Celebrated worldwide for its explosive and uplifting live performances that are bursting with integrity and passion, HARDCORE SUPERSTAR has managed to somehow harness and capture all that passion and raw energy and translate it into the 12 songs that make up “You Can’t Kill My Rock ‘N Roll”. This is a huge sounding album on all levels, overflowing with sure fire hits and guaranteed future fan favorites.

The album’s first single, “Have Mercy On Me”, was released to great critical acclaim at the end of 2017 and quickly became play listed on radio stations all over the Europe, making it a runaway success. The following singles, “Bring The House Down”, “Electric Rider” and “Baboon”, have built enormously on this success, creating massive amounts of excitement and anticipation amongst the fans and media in preparation for the album’s release. Further singles are also planned to coincide with the band’s ambitious world tour that will see them playing to audiences far and wide throughout all of 2018 and 2019.

It’s safe to say “You Can’t Kill My Rock ‘N Roll” is an unapologetically confident and assured album full of big hooks, attitude and aggression that doesn’t let up from the moment the opening track “AD/HD” kicks in all the way through to the closing track “Goodbye”, with the title track being an uplifting, rallying call to arms for all fans of rock music to stand proud, united in the celebration of who we are and the music we love.

All the elements that that make up a great HARDCORE SUPERSTAR album are here in abundance. At its core, there is the great song writing and big choruses that are synonymous with every HARDCORE SUPERSTAR release. However, each song stands on its own as well as complementing the album as a whole, taking the listener through a rollercoaster of snarling riffs, heavy bass lines and relentlessly driving drums, all of which are intertwined with enslaving melodies and Jocke Berg‘s unmistakeable vocals.

Said the band: “‘You Can’t Kill My Rock ‘N Roll’ isn’t just a statement of confrontation and rebellion, it’s a celebration of everything we love, the music, the lifestyle, this is our religion, it’s our choice, and it’s everything we believe in.” 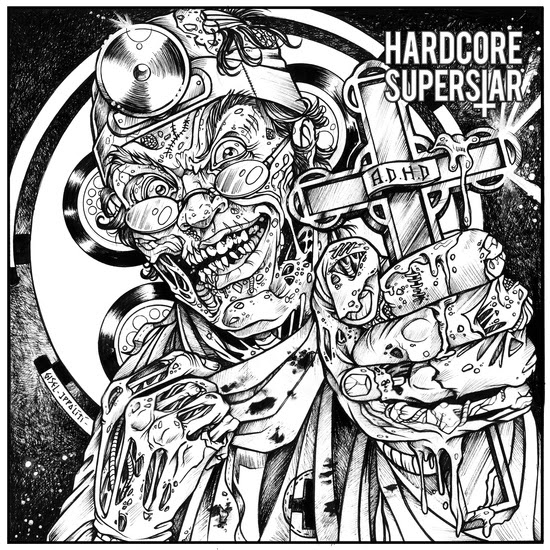 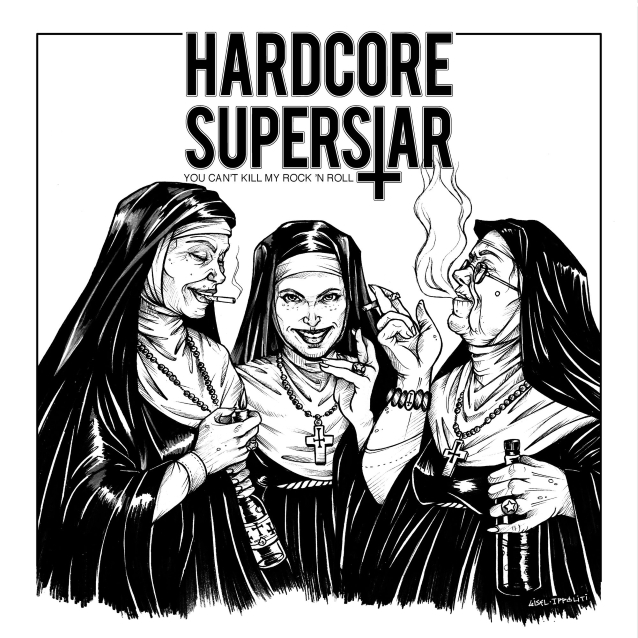