On what prompted FATES WARNING to release a live album, “Live Over Europe”:

Ray: “It’s been about 20 years since we’ve done the last [live] album [‘Still Life’], so, we haven’t done a studio album in over nine years and we have a lot of new material that we wanted to play. Basically, after the last four or five years of writing and touring, we decided we’re going to take a little break for now and in the meantime or the interim, rather, we would put something out, something for the fans, sort of a ‘thank you’ for all these years for being behind us and following us for all these years. They’re really great fans. It figured it to be a really cool idea. Instead of doing one live show, do a tour out of it and play some of our favorite cities and put it together. It was a cool idea and it worked well, it worked out great for us. I hope people will enjoy it.”

On how FATES WARNING selected and then edited the various live shows they recorded:

Ray: “The idea was that a live album is basically supposed to be live and there’s no overdubs. The way we did it was we picked the different cities, different songs in different cities and basically, we would pull, if I did a bad part somewhere, we would pull that from another show and put that in there. It’s edited together, it’s all live, but some of it’s from different shows. I’m not perfect. [Laughs] That was the cool idea that we would pull back and forth between different takes. It’s sort of like when you record an album in the studio, you do the song ten times, then you pull the best part out of each and do it that way. I don’t know if everyone does it that way, but we do it that way sometimes.”

Ray: “We’ve noticed that with that last couple of albums we had some younger fans in the audience. Of course, we have regulars and a lot of people that follow us around on European tours. It’s crazy. I love it; it seems like a lot of money and a lot of effort. We have noticed that we have some new fans out there that aren’t aware that we have back catalog that’s as big as it is. That’s really a good sign, especially for a band who has been around for 30 years, I think.”

On whether FATES WARNING will record another studio album:

Ray: “Right now, we’re not in a writing mode. Everyone is kind of doing their own thing. I’m sure that will come out soon enough, of what everyone is doing. For the meantime, there are no plans to write another FATES WARNING album — not in the near future, at least.”

Ray: “Right now, there’s just no plans to go into the studio or write. But, people are working on different things and we’re working on another tour right now for South America, so that is still a little up in the air. It’s 90 percent sure, but we’ll see what happens with that. I can’t say anything until it’s confirmed.”

On his expectations of himself when he joined FATES WARNING in 1987:

Ray: “I don’t know. I was really young. It was just something I wanted to do. It wasn’t something I planned on. I was kind of doing it as a hobby, just something to have fun with. Getting into the band, I just kind of rolled with it and see where it took us, kind of thing. I really didn’t expect that 30 years later I’d still be in a band and touring and living in another country. Life changes without you knowing it.”

“Live Over Europe” will be released on June 29 via InsideOut Music. 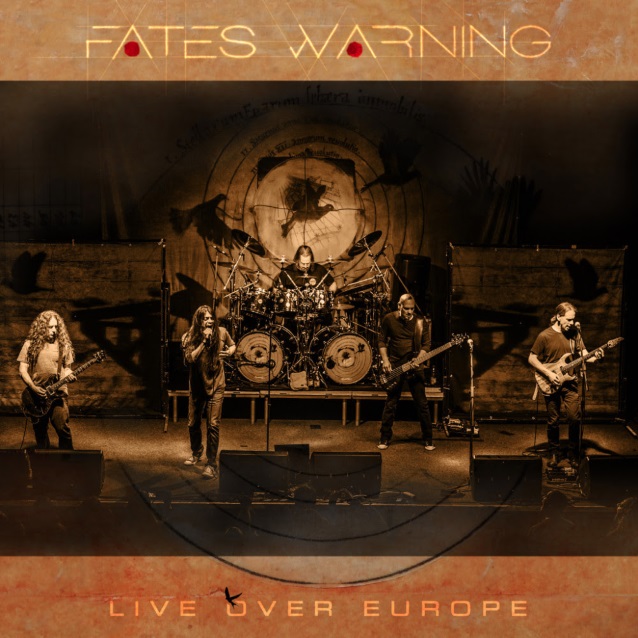