The official lyric video for the song “Battle In Winter” from WE ARE SENTINELS (formerly SENTINELS), the new project featuring vocalist Matt Barlow (ICED EARTH, ASHES OF ARES, PYRAMAZE) and composer, keyboardist and pianist Jonah Weingarten (PYRAMAZE, STRUCTURE OF INHUMANITY), can be seen below. The track is taken from WE ARE SENTINELS‘ self-titled debut album, which will be released on July 6 in Europe via SAOL.

“Battle In Winter” tells an epic fantasy story of elves and war. The third song and culmination of the Winter Trilogy, the piece brings the thematic elements to a cinematic conclusion. With huge sweeping strings, massive orchestral percussions, and atmospheric choirs, “Battle In Winter” exemplifies the feel of the soon-to-be-released album as a whole. Perhaps one of Matt Barlow‘s finest and most emotive vocal performances ever, it showcases his power, range, and emotion in ways that only he can.

The official Chance White-directed video for the song “Kingdom In Winter” can be seen below.

Said Weingarten: “The ‘Kingdom In Winter’ video tells the epic tale of an infant child who has been prophesied to be the key to the gates. These gates lead to a land of peace, prosperity, and shelter from the cold and bitter winter and are protected by two stoic sentinels. Led by a mighty Shaman priestess, a group of refugees and warriors set out to bring the child to the gates against all odds.

“‘Kingdom In Winter’ turned into such an epic track that we knew we needed a music video that would truly bring it to life. It blends the fantasy elements of classic ’80s movies like ‘Willow’ and ‘Krull’ with more modern cinematic visuals like ‘Lord Of The Rings’ and ‘Game Of Thrones’. Director Chance White was able to fulfill this vision.”

Combining sweeping motion picture style orchestral arrangements, modern classical piano, thunderous percussions, and the dynamic and powerful vocals of Barlow, WE ARE SENTINELS has set out to create something truly unique and groundbreaking. With musical and thematic elements inspired by the great drama, sci-fi, and fantasy films of the last thirty years — combined with duo’s obvious enthusiasm for all things heavy metal — WE ARE SENTINELS works to embody the very essence of the word “epic.”

WE ARE SENTINELS is: 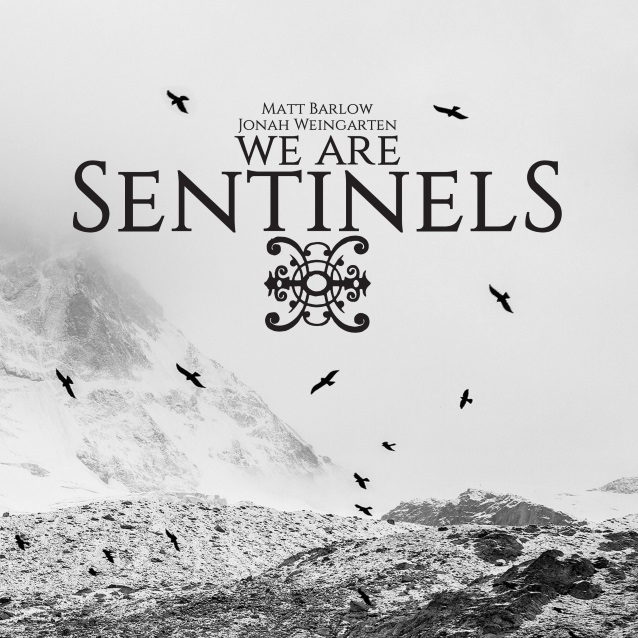