PAUL STANLEY: KISS 'Can' And 'Should' Continue Without Any Original Members

British heavy metal legends JUDAS PRIEST performed their new song “Rising From Ruins” live for the first time last night (Tuesday, June 5) at the Spektrum in Oslo, Norway at the opening concert of their European tour. They also played the classic track “Night Comes Down” — which originally appeared on the “Defenders Of The Faith” album — for the first time since 1984. Check out fan-filmed video footage below.

The “Firepower” trek is PRIEST‘s first since guitarist Glenn Tipton announced that he was retiring from the road due to his battle with Parkinson’s disease. He is being replaced on tour by “Firepower” album producer Andy Sneap, also known for his work as the guitar player in NWOBHM revivalists HELL and cult thrash outfit SABBAT.

Tipton was diagnosed with Parkinson’s disease four years ago — after being stricken by the degenerative condition at least half a decade earlier — but only recently announced he was going to sit out touring activities in support of “Firepower”. The guitarist, who is now 70 and has performed on every PRIEST album since the band’s 1974 debut set, “Rocka Rolla”, is not quitting the band, but simply cannot handle the rigorous challenges of performing live.

Asked how JUDAS PRIEST came to choose Sneap to step in for Tipton on the band’s tour in support of “Firepower”, Hill told veteran Japanese rock journalist Masa Itoh: “It probably came from during the recording of the album. Andy is a very good guitarist, an excellent guitarist in his own right, and I think Glenn got to know Andy and got to trust Andy, which is very important. We wanted someone who we knew as well, if at all possible. The last thing you want is somebody coming in with their own baggage, if you know what I mean. And we can trust Andy to do a good job, and I think he’ll do justice to the songs. And that was the main thing — I think it was the familiarity with Andy. We had great respect for him — before we met him, we had great respect for him. But with the work he did on the album — I mean, it sounds phenomenal; he did a tremendous job with that. We’re doing songs off the new album, which he is totally familiar with, and he knows a lot of the parts anyway from that. And he’s also a PRIEST fan — he’s been listening to us for years — and he fits the slot perfectly. I think he’ll fit in and I think he’ll do a tremendous job.” 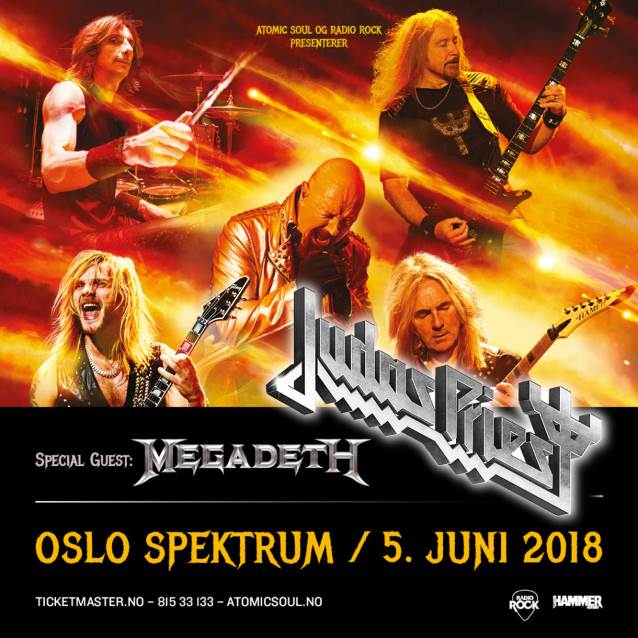