ROB ZOMBIE Guitarist JOHN 5 On Solo Career: 'I Am Doing This For The Love Of The Guitar'

SEPULTURA guitarist Andreas Kisser joined DEATH ANGEL on stage on May 20 at the final show of the two bands’ Australian tour in Perth to perform the song “Hatred United / United Hate”. Fan-filmed video footage can be seen below.

Kisser originally appeared on the studio version of “Hatred United / United Hate”, which was included on DEATH ANGEL‘s latest album, 2016’s “The Evil Divide”. The CD was once again recorded at AudioHammer studios in Sanford, Florida with producer Jason Suecof (TRIVIUM, DEICIDE), who previously worked on 2010’s “Relentless Retribution” and 2013’s “The Dream Calls For Blood”.

Back in January, DEATH ANGEL singer Mark Osegueda told The Metal Voice that the band was hoping to have its next album “written, recorded and mixed by the end of the year.”

Regarding the musical direction of the next DEATH ANGEL LP, Mark said: “This will be the fourth album with this lineup. This will be the most albums ever by DEATH ANGEL with the same lineup. We’re going to stay with the same producer as well — Jason Suecof out in AudioHammer in Florida. So we’re gonna stick with kind of the same formula, as far as it’s gonna be aggressive, in your face, but I think our arsenal has gotten a lot more varied — say on the last record, ‘The Evil Divide’, with a song like ‘Lost’. So we always have our own little subtle nuances that we throw in that other thrash bands just don’t do, and I think that’s what separates us from them. I don’t know if it’s a better thing, but it’s an original thing, and that’s what we always strive for.” 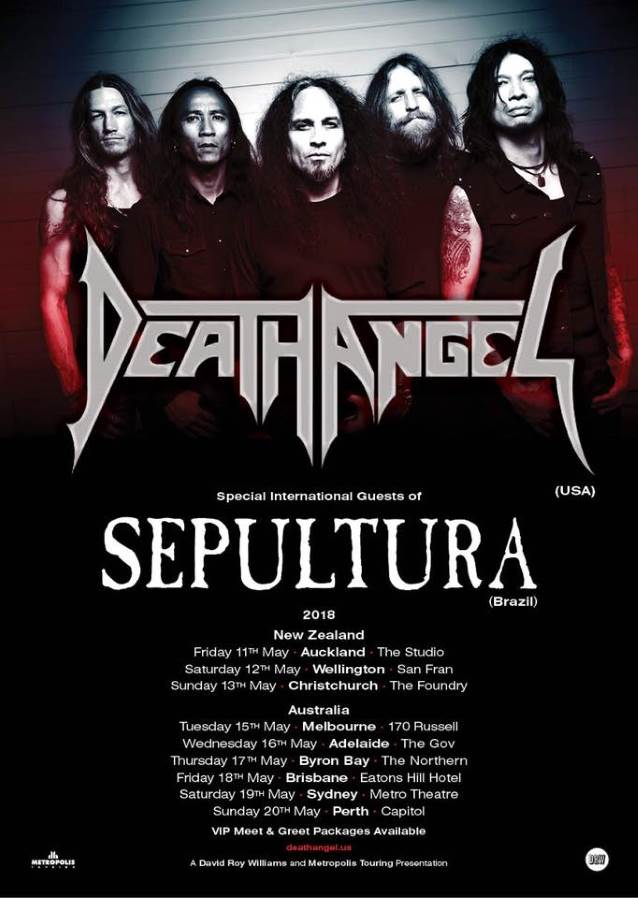