DELAIN Is Planning To Release Next Studio Album In 2019

Christian metallers TOURNIQUET have just released the title track, cover art and lyric video to their upcoming full-length album, “Gazing At Medusa”, set for a summer 2018 release on the band’s own label, Pathogenic Records. The song features guest appearances by Deen Castronovo (JOURNEY) on lead vocals and Chris Poland (MEGADETH) on lead guitar.

“It was really cool having Deen on vocals for this track,” says TOURNIQUET drummer/songwriter Ted Kirkpatrick. “He just killed it, as he always does. Plus having Chris, one of my favorite guitarists, on lead kind of put it over the top.” 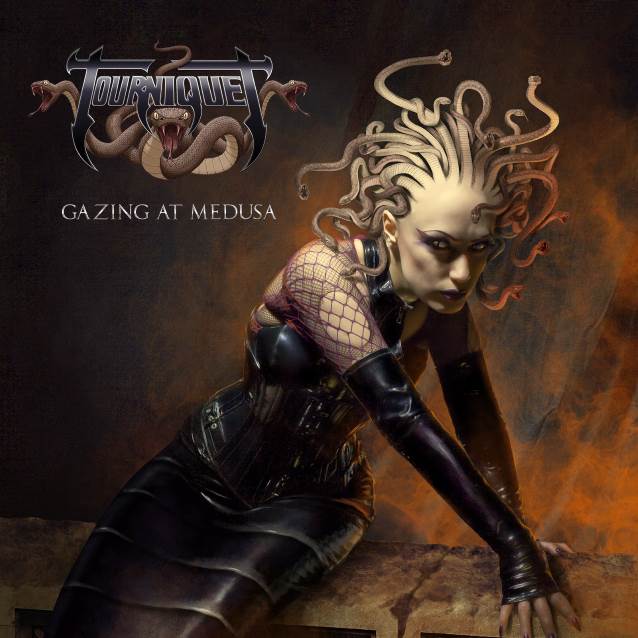