“Kill The Silence”, the new video from the Brazilian all-female thrash group NERVOSA, can be seen below. The song is taken from the band’s third full-length album, “Downfall Of Mankind”, which will be released on June 1 via Napalm Records. The disc was recorded at Family Mob Studio in São Paulo with Argentinian producer Martin Furia, who worked as a sound engineer on some of NERVOSA‘s European tours, as well as for bands like DESTRUCTION and FLOTSAM AND JETSAM, and produced recordings for EVIL INVADERS and SISTERS OF SUFFOCATION, among others.

Guitarist Prika Amaral comments on the new song and video: “A perfect scenery to compose lyrics that encourage overcoming. It talks about things that hurt you and that you’re not alone. This new video symbolizes a new phase in the band with which I identify myself 100%!”

Adds bassist/vocalist Fernanda Lira: “I like the idea of using fire in the video, because i think the symbology has everything to do with the message in the song. Fire represents renewal and mainly purification, and using it in the video really gives me the idea of triumph, overcoming and moving on!”

Lira previously stated about “Downfall Of Mankind”: “We’re really happy about this new album. It’s a way more mature and aggressive record and we can definitely say it’s our favorite so far!” 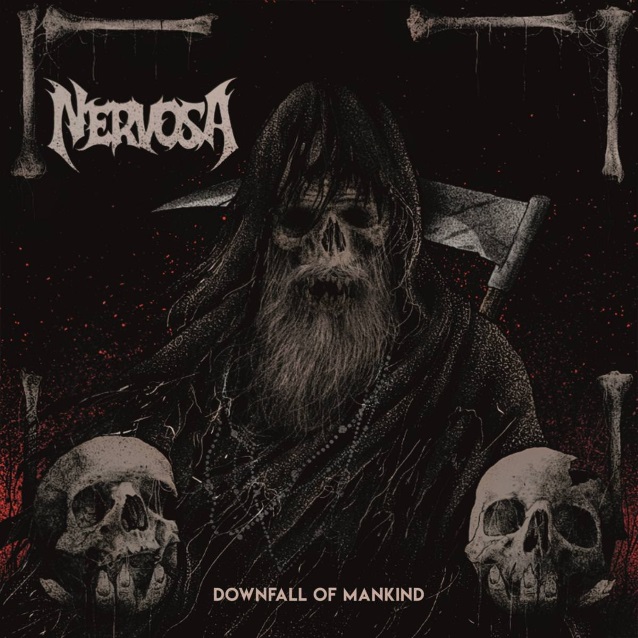