Notes From the Combat Underground: The UFC Belt Game

Tickets ranging in price from $79 to $350, as well as a limited number of on-stage seats, not including applicable service charges, will go on sale Friday, May 11 at 10 a.m. PT at Ticketmaster.com. A limited number of VIP packages will also be available. Members of both QUEEN and Adam Lambert‘s fan clubs will be able to purchase tickets before the general public beginning Tuesday, May 8 at 10 a.m. PT. M life Rewards members and Live Nation and Ticketmaster customers will receive access to a pre-sale running Wednesday, May 9 at 10 a.m. PT through Thursday, May 10 at 10 p.m. PT.

QUEEN + ADAM LAMBERT have come a long way since first sharing a stage for the “American Idol” finale in May 2009. Since then, the critically acclaimed creative partnership has proved to be a global phenomenon, having played over 150 shows in all corners of the world. Filling stadiums and festivals, QUEEN + ADAM LAMBERT‘s awe-inspiring show has drawn across-the-board rave notices.

Bandmate Roger Taylor was equally as enthusiastic, saying he is “looking forward to rocking the Strip,” singing the praises of “the audaciously and phenomenally talented Adam Lambert.”

Lambert added: “I’m so excited to help share ‘The Crown Jewels’ with the Strip. You’ll be humming them all night!” 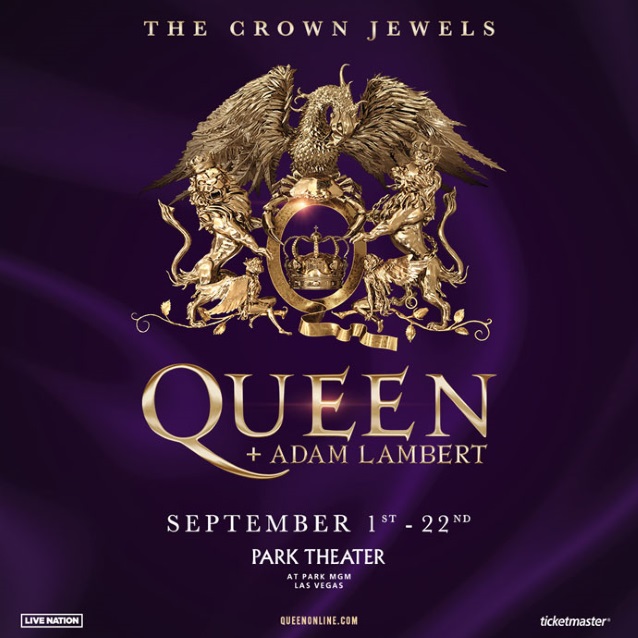