Polish extreme metallers BEHEMOTH debuted a brand new song, apparently titled “Wolves Ov Siberia”, during their May 5 appearance at the Pulp Summer Slam festival in the Philippines. Fan-filmed video footage of the performance can be seen below.

“Wolves Ov Siberia” is expected to appear on BEHEMOTH‘s long-awaited follow-up to 2014’s “The Satanist” album, tentatively due before the end of the year. The new disc is being mixed by Matt Hyde, who has previously worked with SLAYER and HATEBREED, among others.

Back in January, BEHEMOTH frontman Adam “Nergal” Darski stated about what fans can expect from the band’s next disc: “[2009’s] ‘Evangelion’ was the most perfectly recorded and perfect sounding record, but then ‘The Satanist’ was something else. The new one is going to be something else once again, I’m sure about it. So when people tell me, ‘You need to top ‘The Satanist’‘… I don’t need to top anything. I just want to make sure we take curves with our career. We’re gonna take a different direction in order not to get stuck in the same pattern.”

BEHEMOTH will join forces with SLAYER, LAMB OF GOD, ANTHRAX and TESTAMENT for a massive North American tour in late spring and early summer.

BEHEMOTH‘s latest release was the live DVD/Blu-ray “Messe Noire”. The set includes the band’s victorious shows in Warsaw, Poland on October 8, 2016 and Brutal Assault 2016, as well as “The Satanist” cinematic archive featuring all official videos associated with the band’s globally successful record of the same name. 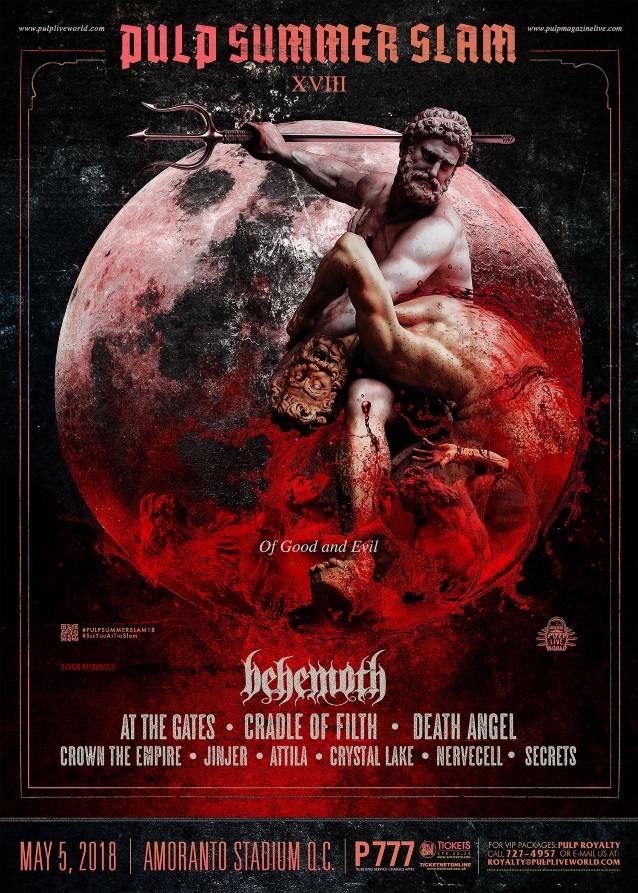