ROB ZOMBIE Guitarist JOHN 5 On Solo Career: 'I Am Doing This For The Love Of The Guitar'

“Feast Of Flesh”, the new video from EXMORTUS, can be seen below. The song is taken from the band’s upcoming album, “The Sound Of Steel”, which will be released on June 8 via Prosthetic.

EXMORTUS founder, vocalist and guitarist Jadren “Conan” Gonzalez said: “As some may have noticed on my personal page, I don’t just post guitar or band stuff, but a lot of food pictures, and I’m no vegan.

“‘Feast of Flesh’ is a celebration of our carnal needs and desires. I’m not trying to make any political/environmental statements, but I feel this song expresses the ugly and brutal nature of humans and other animals. It ain’t pretty, so we thought it would be fun to shoot the band chowing down on actual raw flesh fresh from the meat market. My girlfriend was willing to play the hapless victim of the carnage, which made the whole experience quite fun and yet funny since we were all trying to act and not laugh at the whole idea. The song itself is more of a caveman stompy headbanger so the music works beautifully with the lyrics and visuals in bloody harmony. So, sit back and enjoy the ‘Feast Of Flesh’! Cheers!”

“The Sound Of Steel” will be released by Prosthetic worldwide except Japan, where it will be overseen by Marquee Inc. The effort will be available on all digital outlets, compact disc and LP, with 1,000 records being pressed initially in the follow colors:

“The Sound Of Steel” track listing: 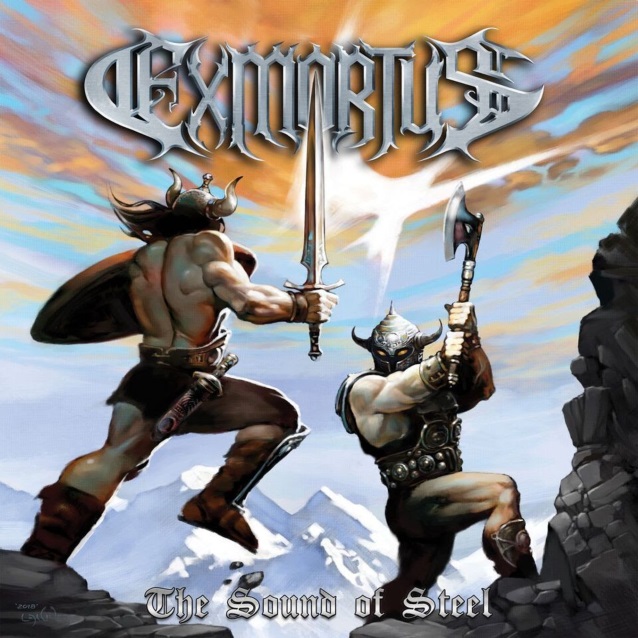