As YES gear up for their North American summer tour celebrating the band’s landmark Golden Anniversary, the prog rock pioneers have started to reveal exciting plans in store for the year, including special tour guests, five-album vinyl set and a U.S. fan convention. Their 50th anniversary not only celebrates the musical contributions of YES but also embraces their intellectual and sophisticated fan base who have been an integral part of the band’s journey.

The #YES50 cross-country “Evening With YES” trek kicks off June 5 and 6 with a two-night engagement at the Arcada Theatre in St. Charles, Illinois and will take the 2017 Rock And Roll Hall Of Fame inductees to Kansas City, Denver, Los Angeles (June 19 at the Ford Theater), San Jose, Detroit, Cincinnati, Pittsburgh, Boston, Staten Island, Philadelphia, Washington, D.C. and Orlando, among many other cities, before wrapping July 28 in Atlanta.

In addition, famed artist Roger Dean, who has designed countless album covers and logos licensed exclusively for YES, will be appearing at select dates throughout the tour, showcasing special tour prints at the merch table. Among the prints on sale during the tour will be the remaining few of a special limited edition of “Relayer”, plus other classic YES designs and logos.

While the band is in Philadelphia for back-to-back shows at The Fillmore, the “YesFanFest – 50 True Summers” U.S. fan convention is set to take place Saturday, July 21 at The Foundry. Various YES alumni, including Patrick Moraz and Tom Brislin, will be performing at the event, which will also include a question-and-answer session with YES, among other activities.

On June 29, Warner Music will release “Yes: The Steven Wilson Remixes”, a five-album vinyl set featuring Steven Wilson‘s remixes of five classic YES studio albums: “The Yes Album” (1971), “Fragile” (1971), “Close To The Edge” (1972), the double album “Tales From Topographic Oceans” (1973) and “Relayer” (1974). Each album features remixed audio by Steven Wilson, released on vinyl for the first time, and artwork created specifically for the set by Roger Dean, with new cover art for “Close To The Edge” and “Tales From Topographic Oceans” and reworked art by Dean for the remaining three covers.

Catch the #YES50 summer tour in the following markets: 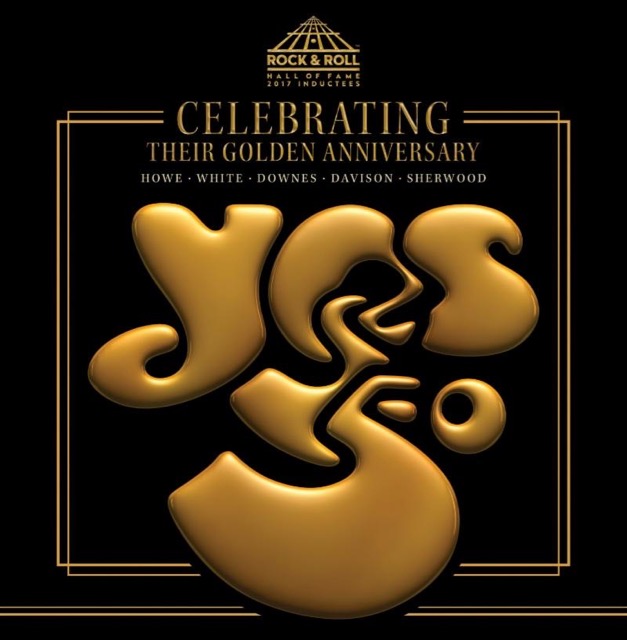