THE AGONY SCENE Returns With New Song And Video, 'Hand Of The Divine'

“I think part of DEAD CROSS‘s motives are to bridge gaps between useless genres and definitions,” explained Pearson. “Part also might be to just burn that shit down. It’s in our collective DNA. Either way, as long as people love it or hate it, we succeed.”

News of the EP arrives as the band premieres a video for “My Perfect Prisoner”. The clip was produced by Eric Livingston, who also created the cover art for both the band’s full-length debut and this EP.

“Dead Cross”, which is also the title of the band’s 2017 full-length debut, is available digitally, with a limited 10-inch black/green swirl vinyl version set for a June 29 release.

01. Skin Of A Redneck
02. My Perfect Prisoner
03. Shillelagh (Panicker Remix)
04. Church Of The Motherfuckers (Planet B Remix)

DEAD CROSS embarks on its debut European tour on June 2, kicking off the six-week trek at Barcelona’s Primavera Sound festival and making stops at several other festivals, including Download, Novarock, Graspop Metal Meeting, Roskilde and Dour.

The self-titled debut album from DEAD CROSS was released in August via Ipecac Recordings. The effort was helmed by producer Ross Robinson, who has previously worked with KORN, DEFTONES, SEPULTURA and LIMP BIZKIT, among others, and was mastered at Golden Mastering in Ventura, California.

Patton told Rolling Stone that he got involved with DEAD CROSS after reaching out to Lombardo to see if he could release the band’s album on Ipecac. After getting a text from the drummer asking him to join the group, “my jaw dropped,” the singer said. “I was like, ‘Who, me? Hmm …’ And I think it took like all of 30 seconds, but in a sarcastic way, I’m like, ‘Yeah, of course. I can do this. Are you sure you want me?’ So I kind of second-guessed him a little bit. And he said, ‘Man, you’d be our dream vocalist.’ And then it was just a matter of logistics. I decided to record it here in my basement, which is fitting. It shouldn’t sound too polished.”

Regarding DEAD CROSS‘s musical direction, Patton said: “To me, it is a traditional hardcore record. It is very pointed, direct and visceral. Like, I wasn’t going to play keyboards, add samples or any kind of orchestration. It was like, ‘Yo, just go for it.’ In some ways, it reminded me of stuff that we had collectively all grown up with and loved when we were like teenagers — bands like the ACCÜSED, DEEP WOUND or SIEGE, stuff that was just brutal, uncompromising and right to the point. I was listening to all those bands again before this came to be, so it was already back infused in my blood. And now I got a chance to do a pencil-in-your-eye record.” 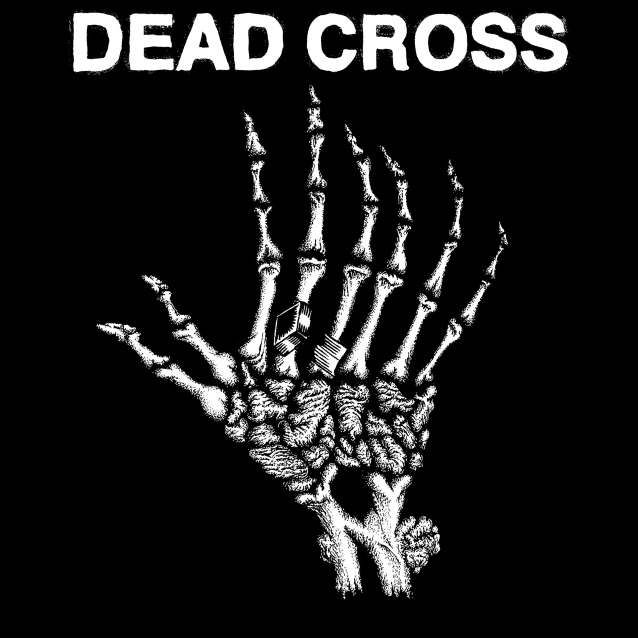