FOO FIGHTERS On VINNIE PAUL: 'You Were One In A Million'

THE AGONY SCENE Returns With New Song And Video, 'Hand Of The Divine'

UMe has announced the release of “Beside Bowie: The Mick Ronson Story, The Soundtrack” on June 8. The album comes on the heels of the film’s streaming debuts on Hulu and Amazon Prime following last year’s successful theatrical run and the DVD/Blu-ray releases.

The soundtrack is the first official career retrospective compilation for the guitar virtuoso Mick Ronson, known affectionately as “Ronno.” As well as highlights from Ronson‘s solo records, the compilation includes material from his key collaborations with David Bowie, Elton John, Ian Hunter, Michael Chapman and QUEEN. The album also includes a previously unreleased cover version of “This Is For You” by DEF LEPPARD‘s Joe Elliott and a piano tribute to Ronson from Bowie‘s piano-man and band alumni Mike Garson (DAVID BOWIE, NINE INCH NAILS, SMASHING PUMPKINS). The soundtrack includes extensive essay and liner notes and will be available on CD and digital, heavyweight 180-gram black vinyl. There will also be a limited edition red vinyl version available exclusively at uDiscover.

For the career-spanning documentary, producer/director Jon Brewer (“BB King: The Life Of Riley”, “Nat King Cole: Afraid Of The Dark”, “Jimi Hendrix: Guitar Hero”, “The Most Dangerous Band In The World”) gained the unprecedented access and permission for use of materials relating to the life of rock hero Mick Ronson, who was largely commercially overlooked despite his direct contribution and pivotal involvement in countless iconic compositions of David Bowie and THE SPIDERS FROM MARS.

Despite his production and guitar work with Lou Reed, Morrissey, Ian Hunter and MOTT THE HOOPLE, Bob Dylan, John Mellencamp and many others, it is Ronson‘s dynamic support, contribution, and co-creation of the expansive and multi-faceted career of David Bowie and in fact that era of music, that the film and this soundtrack exposes. Featuring exclusive narration by David Bowie and exclusive contributions by Rick Wakeman, Joe Elliott, Roger Taylor, Ian Hunter, Angie Bowie and many more, “Beside Bowie: The Mick Ronson Story” is a tribute to an uncomplicated man who achieved the pinnacle of success in the music industry as well as the rarefied respect from his contemporaries for his production and guitar skills.

His humble beginnings (in the northern English city of Hull) underpinned the values and modest, unpretentious personality of Ronson. Originally working with Hull City Council while he pursued his craft with consummate dedication, word of his talent reached Bowie who grabbed at the chance to work with Ronson, and from there rock history was made. “The Man Who Sold the World”, “Aladdin Sane”, “Hunky Dory” and “Jean Genie” all were constructed with Ronno on guitar. In 1974, he was voted #2 ‘Best Guitarist’ in Cream magazine (notably Eric Clapton came in third).

Sadly, in 1993 Ronson passed away before receiving the recognition he so richly deserved before taking that final bow, as seen on film, at his last show. He had been making a solo album at the time, which was subsequently finished by his contemporaries. Emperor Media have achieved ultimate authenticity and access in chronicling the life and works of this man, an extraordinary talent who became a cornerstone of rock music and who stood “Beside Bowie”during one of the most memorable periods of his dazzling career.

“Beside Bowie: The Mick Ronson Story, The Soundtrack” track listing:

4. David Bowie – “Moonage Daydream”
Originally appeared on The Rise and Fall of Ziggy Stardust and the Spiders from Mars (1972)

11. Mick Ronson – Like A Rolling Stone
Originally appeared on Heaven and Hull (1994) 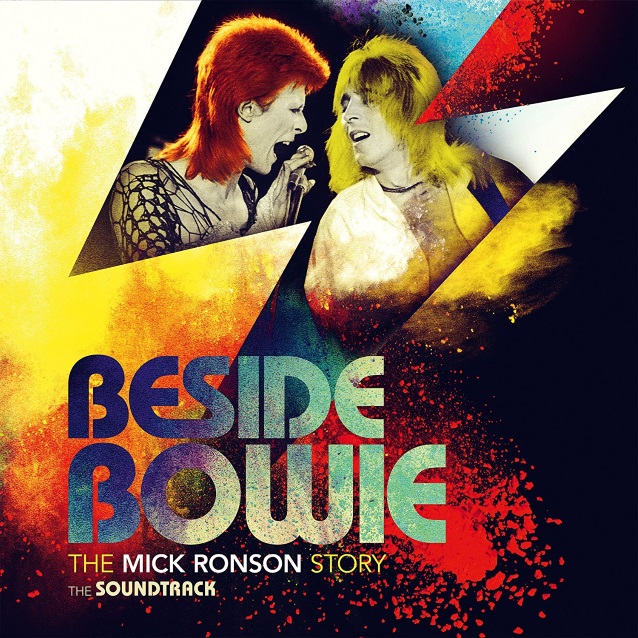 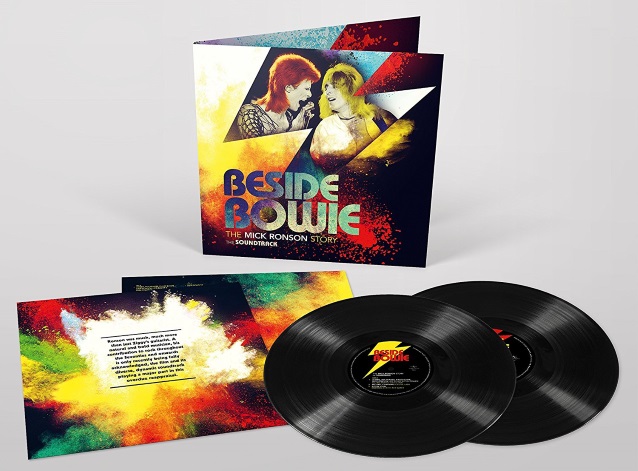