A PERFECT CIRCLE To Release 'Eat The Elephant' Album In April; Listen To New Song 'TalkTalk'

“Prey”, the new Neal Walters-directed video from the Australian metal band PARKWAY DRIVE, can be seen below. The song is taken from the group’s upcoming studio album, “Reverence”, which will be released on May 4 via Epitaph Records.

Frontman Winston McCall stated about the follow-up to 2015’s “Ire”: “‘Reverence’ represents the most honest and personal record we have ever created. It has been born through pain, sacrifice, and conviction, with the ultimate goal of expanding not only what PARKWAY DRIVE stand for musically, but who we are as people.”

Regarding the album title, McCall told Rock Sound: “‘Reverence’ is basically making the most of what you have and the time you have, and being conscious of it. It’s quite simply that. It comes from a very dark place and the revelation of that came from a very dark place too. It’s the fact that what you have can be gone very quickly. You have no idea how fast it can all come crashing down. It’s simply taking the time to realise just what you have, because, at the end of the day, time is the only thing that’s worth anything. You can’t buy it.”

McCall also spoke about PARKWAY DRIVE‘s musical evolution, saying: “Very early on, we were, like, ‘Let’s just write whatever the hell we want.’ ‘Ire’ was written in a way where we were searching for reinvention. It was really difficult and stressful. It was breaking our old walls down and forging something new out of it for us. Trying to find what we really liked and what we still loved and fusing the two together. It was going somewhere too scary for us too. So this time around, coming off the back of ‘Ire’, which is the most successful thing we’ve ever created, it was just us saying that we’re going to do whatever the fuck we want. It was really awesome and it made writing the album really easy musically. We were so terrified. The band became far more successful than we ever hoped, and we were like, ‘Shit! Do we stop now?’ ‘Vice Grip’ was the ‘what the fuck’ moment, then the rest of it everyone was, like, ‘Yeah, I get it.’ This record, though, there is far more variation, but there isn’t going to be anything that shocks anyone. PARKWAY DRIVE is still there, but we are there in a far different way.” 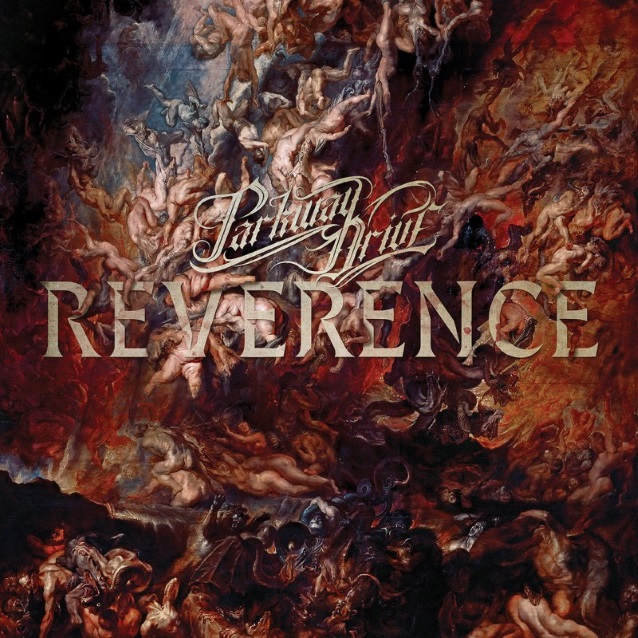