New York hardcore veterans MADBALL will release their new album, “For The Cause”, on June 15 via Nuclear Blast.

The first trailer for the disc can be seen below.

Commented singer Freddy Cricien: “We are beyond excited to finally drop ‘For The Cause’. To say we’re happy with the end result of all that we put into this is an understatement. This record accurately defines the current state of our band… our sound, our state of mind, our ambitions, our flaws and our attitude!”

The follow-up to 2014’s “Hardcore Lives”, “For The Cause” was co-produced by Tim Armstrong (RANCID), who is also featured on one song on the album. It was mixed and mastered by renowned producer Tue Madsen (MESHUGGAH, THE HAUNTED, SICK OF IT ALL) at Antfarm Studios in Denmark. Former MADBALL guitarist Matt Henderson laid down the guitar tracks in the studio, but will not join the group on tour.

Commented MADBALL singer Freddy Cricien: “Tim and us go way back. He’s an old friend and super-talented guy… across the board! A legend in his own right. He invited us to come record with him and it all fell into place very organically. He’s respected our band from day one and was excited to be a part of this. We’re honored to have him on board.”

Bass player Hoya Roc stated: “We got a real good album. It feels like the movie ‘Pulp Fiction’. We’ve got every style of hardcore in there. It feels like we’ve got something special.”

MADBALL also revealed that legendary rapper, actor and frontman Ice-T (BODY COUNT) guests on one track on “For The Cause”.

Added Cricien: “It’s truly an honor to have Ice-T on our record! I grew up on his music from his early hip-hop stuff till now. He’s an iconic figure but also a ‘class act’; you don’t always get both at once. Ice has a great respect for New York hardcore and MADBALL, means the world. This was meant to happen…. real recognizes real.” 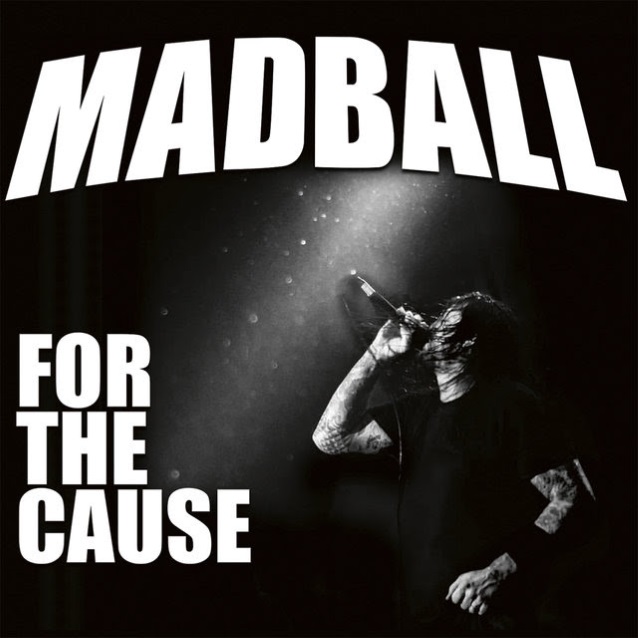