Multi-Grammy-nominated thrash icons ANTHRAX will see “Kings Among Scotland”, the band’s long-awaited live-in-concert DVD, arrive in stores and online on April 27 (Megaforce). Captured on February 15, 2017 at the band’s sold-out concert at Glasgow’s historic venue Barrowland Ballroom, the two-hour “Kings Among Scotland” incorporates the band’s entire live show along with interviews, behind-the-scenes footage and other B-roll shot on the band’s tour bus, backstage, in hotels and elsewhere. The DVD will also include a “gear rundown” from each of the band members. “Kings Among Scotland” can be pre-ordered at www.anthrax.com.

A new trailer for “Kings Among Scotland”, in which drummer Charlie Benante talks about the filming of the live set, the decision to film in Scotland, and the challenge of playing some of the songs live for the first time ever, is available below.

ANTHRAX will support SLAYER on the first two legs of the Tom Araya-fronted outfit’s last-ever North American run of dates. Also scheduled appear on the bill are LAMB OF GOD, TESTAMENT and BEHEMOTH (with NAPALM DEATH replacing BEHEMOTH for the second leg). 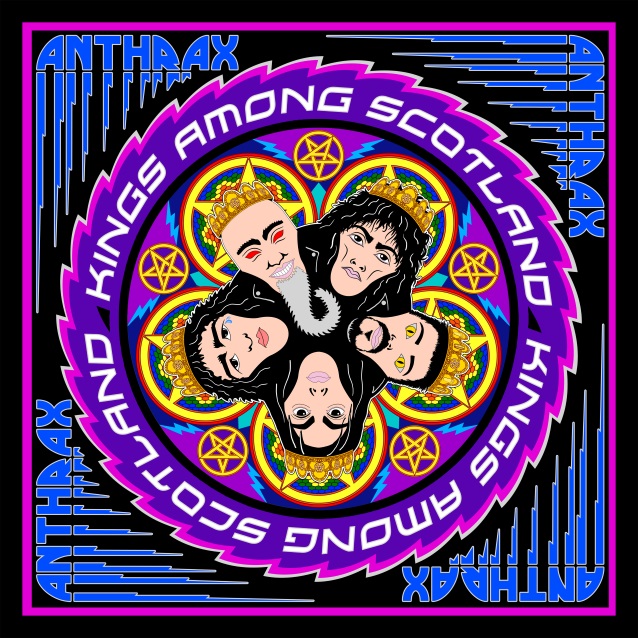