BONFIRE To Release 'Temple Of Lies' Album In April

JASON BONHAM On GRETA VAN FLEET: 'I Worry The Hype Will Ruin Them'

Fan-filmed video footage of EVANESCENCE‘s entire March 12 performance at Crocus City Hall in Moscow, Russia can be seen below.

EVANESCENCE and acclaimed electronic violinist Lindsey Stirling will embark on a co-headlining 2018 summer amphitheater tour across North America. The trek, produced by Live Nation, will kick off July 6 in Kansas City, Missouri at the Starlight Theatre and will make stops in 31 North American cities. The tour will wrap September 8 in Ridgefield, Washington at the Sunlight Supply Amphitheater.

Both artists’ shows will be accompanied by a full orchestra, highlighting both acts musicality and their incredible performance abilities that continue to blow fans away. The orchestrated performances will also perfectly accent the astounding amphitheater venues across the U.S. and Canada that the two will be performing in, making for a magical summer evening.

The two artists recently collaborated on the song “Hi-Lo” from the latest EVANESCENCE album, “Synthesis”, which features a virtuosic violin solo by Lindsey Stirling.

“Synthesis” was released in November. The disc sees many of EVANESCENCE‘s songs reworked in new ways, incorporating orchestral and electronic elements into the original compositions.

The “Synthesis Live” tour launched in October and like the album, it features a full orchestra and electronics. 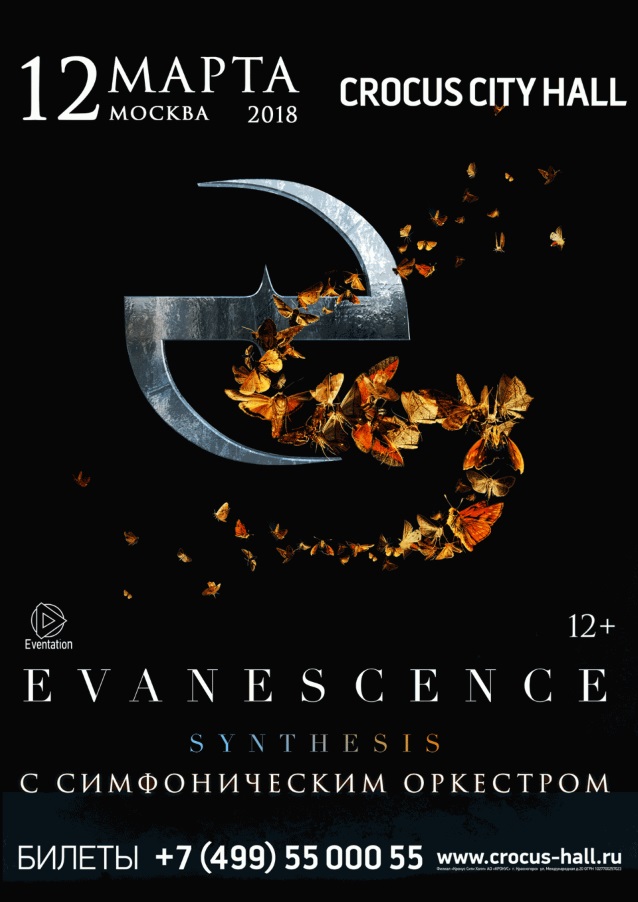