Former MICHAEL SCHENKER GROUP and current CENTURY LOST and STARGAZERY singer Jari Tiura will release his debut solo album on March 23. “King Of Lions” is a bit different from Jari‘s previous output, having more of an AOR feel to it but also with a genuine hard rock vibe.

Tiura was born 1968 in Tampere, Finland. He began to sing around the age of 17 when he also formed his first real band CROMMER. Two years later, the group changed their name to BOURBON and started to play gigs in its hometown.

A big change in Tiura‘s musical career happened in the end of the ’90s when he joined SNAKEGOD, a Finnish power metal band. With SNAKEGOD, he released an album called “Invitation” in 2001.

In 2004, Michael Schenker contacted Tiura and asked him if he would like to fly over to London for an audition gig. Everything went well and Jari even recorded most of his lead vocals for the MSG release “Tales Of Rock ‘N’ Roll” during his stay in London. The first MSG concert featuring Tiura on vocals took place in 2006. The show was broadcasted live from Underground, Cologne and aired on the program “Rockpalast” on German TV.

Between 2006 and 2007, Jari toured with MSG in Europe, Asia and the USA, and played big festivals like Wacken Open Air and Sweden Rock, to name a few.

After leaving MSG, the singer joined Finnish band STARGAZERY. With STARGAZERY, he so far has released two albums, “Eye On The Sky” (2011) and “Stars Aligned” (2015). He is also a member of a new group called CENTURY LOST which is currently working on a debut album, to be released in 2018.

A few years ago, Tiura and his good friend and producer Sami Ala-lahti hooked up and started to write music together for his first solo album. “King Of Lions” is a release that, from the beginning, was meant to sound different from anything he had done in the past. Sami Ala-lahti handled the production and also played rhythm guitars, sang backing vocals and did some programming.

“King Of Lions” features Yrjö Ella on lead guitar, Jaan Wessman on bass and drums. On keyboards you will find Jussi Kulomaa, Jani Kemppinen and Mikko Kangasjärvi. Tiura is the executive producer. “King Of Lions” was mixed by Antto Tuomainen and mastered by Esa Orjatsalo.

A newly released lyric video for the song “Away From All The Magic And Wonder” can be seen below. 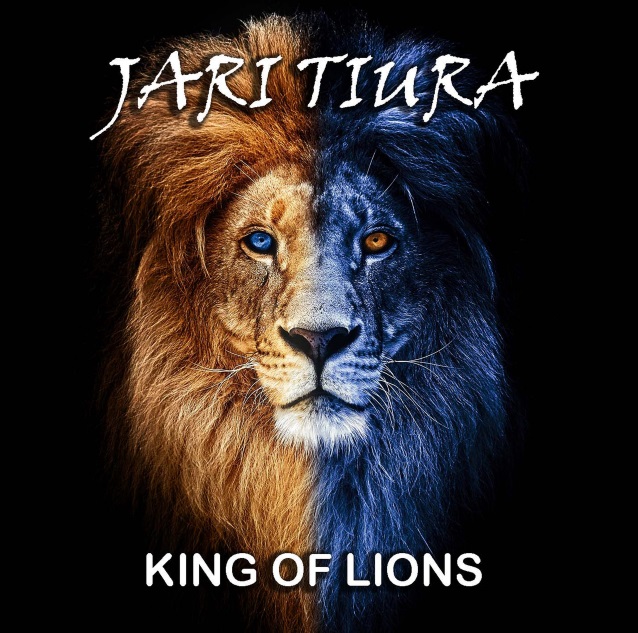