On February 2, W.A.S.P. released the critically acclaimed 25th anniversary edition “ReIdolized (The Soundtrack To The Crimson Idol)” of the band’s iconic hit album “The Crimson Idol”. The re-recordings of one of the best concept albums of all times tell the legendary story of Jonathan Aaron Steele, an abused child looking for love. Discovering music years later, he rises to international superstardom. Later followed by a catastrophic fall.

W.A.S.P. has now released a lyric video adaption for the song “Docter Rockter” from the original motion picture that comes as part of “ReIdolized (The Soundtrack To The Crimson Idol)” on Blu-ray and DVD. The song displays Jonathan Aaron Steele‘s path to self-destruction through drug abuse and meaningless encounters to numb the pain he feels inside.

Blackie Lawless states about the video: “Few times in life or art does reality mirror or equal imagination. The casting of the characters in this portion of the story, specifically ‘Doctor Rockter’, was precisely what I had envisioned when I conceived those lyrics. Rarely does it marry together as well as it did in this video. The characters were suitably revolting…….and REAL!”

“ReIdolized (The Soundtrack to the Crimson Idol)” track listing:

Lawless told Metal Rules about “ReIdolized”: “It was a tremendous amount of work to re-record that album and to put that film together. I had never done anything like this and the amount of work that I took to do it. It was just like it never stopped. After the record was finished, I had five guys working in different places all over the world. Editing that movie, doing special effects on it. I’m trying to coordinate all these guys, I have never done this before. I don’t know exactly what’s involved and I’m trying to organize them with each other. They’ll send me pictures. They’ll send me 30 seconds of one song and say, ‘What do you think about this?’ Then I’ve got to coordinate this with somebody else that’s doing whatever they’re doing on the film. I mean, it’s unbelievable, and I have never done it before. So, it’s a tremendous amount of work. So, when you say it’s not new, it’s all new. It’s just in a way that I never expected it to be.”

Regarding the recording process for “ReIdolized”, Blackie said: “For the album, we started [more than] a year ago, the beginning of September [2016]. So, it’s been a little over a year, and I didn’t think it would take more than maybe two or three months to do it. The first thing we did is we went in the studio and we took all the original tapes that I had not heard for 25 years, 26 years and it freaked me out. Because the more I listened to it, the more I realized how much work was in that. I thought, ‘Oh, boy. How are we going to do this? This is a mountain of work to try to do.’ So, we attempted to try to recreate it, note for note faithfully. To make it as close as a carbon copy as we could make it. But even doing that, you still will never be able to do it the same way again. The equipment was a little bit different. It’s enough to where if there is only a five percent difference, it will sound different. So, we got ready to mix. Logan Mader mixes our records, and he had done three mixes on different songs, and it was good. But it was like that we hadn’t found it yet. Finally, he did the fourth mix on ‘The Idol’, and there it was, and it didn’t sound like the old record. It sounded like a movie soundtrack, and I was like, ‘Wow!’ I said this is the template for the whole record.” 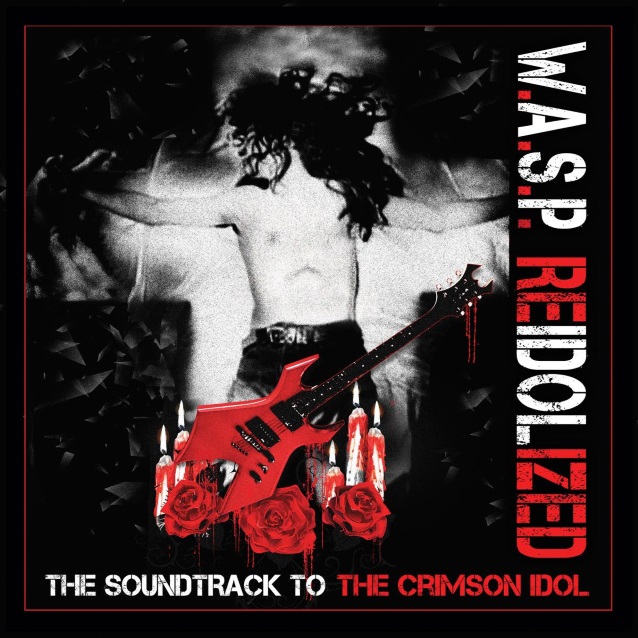