TWIGGY RAMIREZ Responds To Rape Allegations: 'I Do Not Condone Non-Consensual Sex Of Any Kind'

Professionally filmed video footage of Dee Snider‘s performance at the Hard Rock Hell XI festival, which was held last November at Camp HRH in Pwllheli, North Wales can be seen below.

The TWISTED SISTER frontman recently finished laying down the final vocal tracks for his upcoming solo album. The as-yet-untitled disc, which is being produced by HATEBREED vocalist Jamey Jasta, will tentatively feature contributions from Howard Jones (ex-KILLSWITCH ENGAGE), Mark Morton (LAMB OF GOD), Joel Grind and Nick Bellmore (TOXIC HOLOCAUST) and Charlie Bellmore (KINGDOM OF SORROW). Songtitles set to appear on the LP include “American Made” and “Lies Are A Business”.

In an interview with Poughkeepsie radio station 101.5 WPDH, Snider discussed how his pairing with Jasta came to be. “I decided to do a very aggressive metal record — a true metal record,” he said. “Jamey is a fan of mine, and I was on his podcast, and he literally challenged me on the air. He said, ‘Dude, you’re iconic. I think you need to do a true metal record. Think Rob Halford‘s ‘Resurrection’, think in that direction. I go, ‘Well, what do you got in mind?’ He goes, ‘Dude, I will produce it, and I’ve got songs, and I’ve got people stumbling over each other to write a song for Dee Snider.’ Then he just started sending me music. The new stuff is powerful; it’s great.”

Snider‘s last solo album, “We Are The Ones”, was released in October 2016 via Red River Records (distributed by BFD/RED). Produced by Damon Ranger, the disc was described by Dee as “an album that is think part FOO FIGHTERS, part IMAGINE DRAGONS, part THIRTY SECONDS TO MARS.” 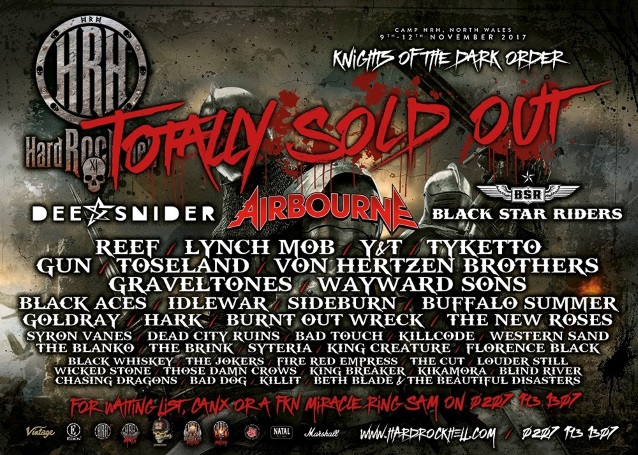