The first trailer for the self-titled debut album from AURI, the project featuring NIGHTWISH mainman/keyboardist Tuomas Holopainen and his wife, popular Finnish singer Johanna Kurkela, can be seen below. The disc will be released on March 23 via Nuclear Blast.

AURI begun its life with three people, united through their shared need to hear a kind of a music which can’t be described by words alone. A magical kind of sound to be heard whilst falling down Alice‘s rabbit hole.

The first song born of this mindset, “Aphrodite Rising”, appeared in 2011. And slowly the earth has cracked open again and ten more tracks have emerged out of the soil’s dust.

Thus the trio was formed. Kurkela lent her unique voice, while Holopainen and English composer and multi-instrumentalist Troy Donockley (also of NIGHTWISH) cast their spells with various other instruments. Using selected guest musicians and friends, the album finally takes its ultimate form under the direction of sound engineer Tim Oliver, all within the pastoral splendor of Real World studios in Southern England.

Everything begins with a vision. A virtuoso imagination hovering auspiciously in the air, composed of multi-faceted fragments and ideas that gradually become more concrete, slowly taking shape and then finally forming out of the minds of their makers as a new project. Completely unexpected, it’s just a natural, flowing process. This is just what happened with these three outstanding, internationally successful musicians who have created a musical gem in the form of AURI, which shines even brighter than the glittering Polar Star in the night sky. Kurkela, Holopainen and Donockley take their eponymous debut on a fairytale journey through time and space, far from here and now reminding us of the fantastic adventures of “Alice In Wonderland”.

Comprehensive sound cascades full of magical and surreal moments that touch all senses await us; sometimes yearning and dreamy, then again rousing and intense. AURI celebrate a kind of epic-romantic ethno pop that seems to float in quaint spheres, which are intangible yet unleash multi-faceted sounds capes filled with powerful imagery. These sound cascades are based on Celtic traditional sounds, atmospheric-cinematic dream sequences, melancholic melodies and a touch of transfigured mysticism; beautiful instrumentation yielding an unfathomable depth.

AURI is the result of a shared passion. Everyone was involved in everything. However, Tuomas Holopainen does not want to reveal too much about the songs and their stories, “since the listener should bring their own story to the songs — after all, that’s what makes the album so beautiful. It lives from the imagination of every single person!” says the composer. “But what I can tell you is that some of the content and the song lyrics are inspired by the Patrick Rothfuss books. Maybe people who know those books and those stories will recognise some parallels and certain scenarios, but believe me; the album equates to so much more.”

If Tuomas describes “Auri” in his own words, he cannot help but smile. “Just a few days ago, we had this conversation within the band and we thought about the best way to describe it,” he says. “Two terms came to our minds; rabbit hole music and celestial metal. Obviously, you can hear influences from folk music, Celtic music, soundtracks — all that music that we love and adore, but categorising the style is really impossible. I’ll leave that to the listeners.”

A tour is currently not planned but one thing is already certain: “This is definitely not just a one-album thing!” So sit back, close your eyes and let yourself fall into the depths. A world of wonder and miracles awaits you behind the mirrors.

Holopainen and Kurkela have been married since October 2015. 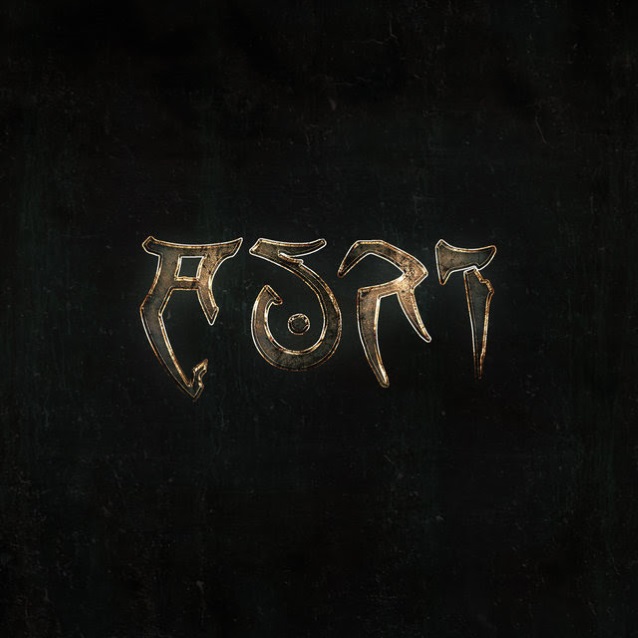