DISTURBED‘s 2015 comeback album, “Immortalized”, was officially certified platinum on January 25 by the RIAA (Recording Industry Association of America) for sales in excess of a million copies.

The RIAA developed its gold and platinum awards program in 1958 to honor artists and create a standard by which to measure the commercial success of a sound recording. The program trademarked the gold record and formalized the industry practice of presenting awards to artists for music sales achievements.

The success of “Immortalized” has been driven, in large part, by DISTURBED‘s cover version of SIMON & GARFUNKEL‘s “The Sound Of Silence”, which was officially certified double platinum last May, commemorating more than two million units’ worth of sales and streams.

Asked if DISTURBED had to get permission from Paul Simon and Art Garfunkel to record a cover version of SIMON & GARFUNKEL‘s “The Sound Of Silence” for DISTURBED‘s “Immortalized” album, singer David Draiman told the X96 radio station: “No. When you do a cover, you don’t actually have to get permission from anybody. You just need to give them the publishing that it generates, legally. Now, you always hope that whoever the writer is, that they’ll give you their blessing, or at least like what you’ve done, but unless you’re going to utilize it for television purposes, or things of that nature, it’s a different licensing, and for those purposes, you’d have to get permission. But just to actually cover the song, that you don’t need permission.’

He continued: “Permission or not, Paul reached out to me and we’ve been in contact with each other a number of times already. He contacted me right after [DISTURBED‘s] ‘Conan’ performance [of ‘The Sound Of Silence’] and was very, very complimentary, and has been a big supporter. And [he] posted the ‘Conan’ performance, actually, on his own social media and has really been very, very positive and, like I said, very flatteringly complimentary about it. So it’s been very surreal.”

The video for DISTURBED‘s version of “Silence”, which was released in December 2015, has been seen more than 337 million times, a record number of views on YouTube for the group.

DISTURBED went on hiatus at the end of 2011, with Draiman and the other members of the band all pursuing other projects for several years before returning in 2015. 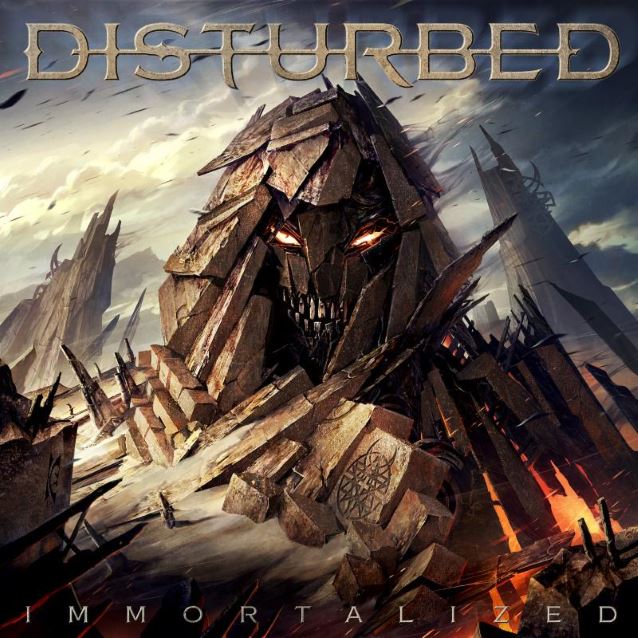