Fan-filmed video footage of QUEENSRŸCHE performing on February 10 at the Monsters Of Rock Cruise Pre-Party #2 at Magic City Casino in Miami, Florida can be seen below.

Former KAMELOT drummer Casey Grillo made his live debut with with QUEENSRŸCHE last April at Sycuan Casino in El Cajon, California. He is filling in for regular QUEENSRŸCHE drummer Scott Rockenfield, who is taking time off from the band’s touring activities to spend time with his young son, appropriately named Rockson.

QUEENSRŸCHE is expected to enter the studio soon to begin recording its new album for a tentative mid-2018 release via Century Media. Helming the disc once again will be Chris “Zeuss” Harris, who previously worked on 2015’s “Condition Hüman”.

Todd La Torre joined QUEENSRŸCHE as the replacement for Tate after the latter was fired in 2012.

Asked by Atlantic City Weekly how fans have responded to La Torre, Wilton said: “Everybody has taken Todd La Torre into the fold and we are doing great with him. All of the hardcore QUEENSRŸCHE fans are saying that he is the new voice of QUEENSRŸCHE, so we are very, very happy, because we have been working for the last five years to build this.”

Pressed about whether he thinks there will ever be a reunion with Tate, Wilton said: “Not at this point. We’ve rebuilt our career with Todd and it’s going amazingly and we wouldn’t want to change that.” 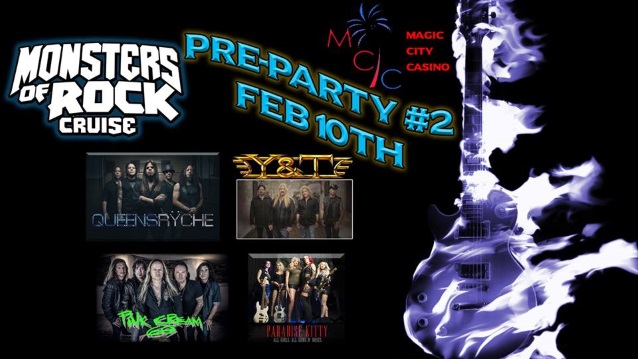