Finnish melodic death metallers KALMAH will release their eighth album, “Palo”, on April 6 via Spinefarm. The effort will be released on vinyl, CD, and digital formats.

The disc’s first single, “The Evil Kin”, can be streamed below.

Founded in 1991 and firmly led by guitarist-vocalist Pekka Kokko, KALMAH in 2018 features guitarist Antti Kokko, drummer Janne Kusmin, bass player Timo Lehtinen, and the runt of the bunch — keyboard whiz kid Veli-Matti Kananen, who has been with the band since 2012.

“Palo” marks a moment where, after years of toiling in the underground, KALMAH is coming to its own.

Antti Kokko states: “Almost 30 years of swamp madness and here we are today representing our eighth album with fishing tridents sharpened shiny. The album stands strongly on the very roots of KALMAH sound yet introduces fresh breath from the Swamplord’s tar-stained lungs. ‘Evil Kin’ as first single gives you riffs written back in 1991 blended with melodies of KALMAH today. It’s a perfect statement to show where we were and are right now.”

In a time when others in the melodic death metal genre increasingly laps up influences from more commercial and contemporary genres of music, KALMAH stays true to its roots of death metal, Finnish melodic heritage, cantankerous never-say-die attitude, and themes of Northern nature and the folly of mankind.

“Palo” presents its listeners with a set of songs that with their web of melodies and in-your-face aggression exemplify the band’s ongoing evolution towards becoming an international death metal powerhouse. 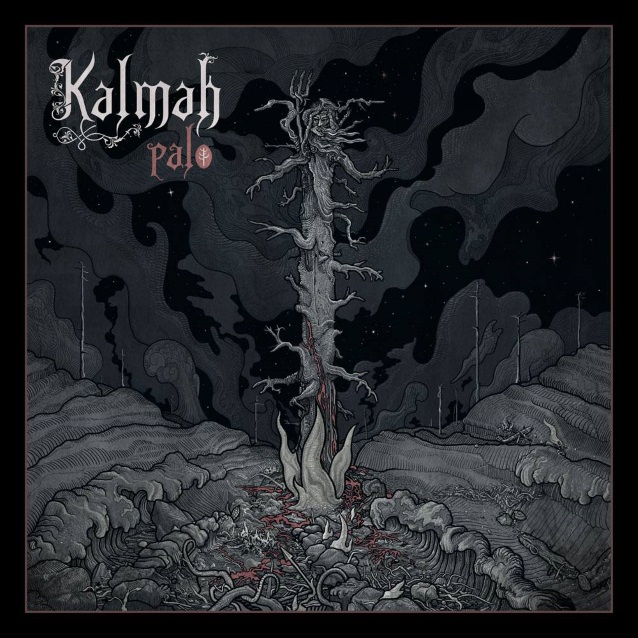