Robert Trujillo and Kirk Hammett performed a cover of BARÓN ROJO‘s “Los Rockeros Van Al Infierno” during METALLICA‘s February 5 concert in Madrid, Spain. Fan-filmed video footage of their rendition can be seen below.

BARÓN ROJO is a Spanish heavy metal band which had some international success in the 1980s. The band’s original lineup included brothers Armando and Carlos De Castro (guitars and vocals), José Luis Campuzano (known as Sherpa; bass and vocals) and Hermes Calabria (drums).

The “WorldWired” trek was Pollstar‘s fifth-highest grossing tour of 2017, with 1.5 million tickets sold. 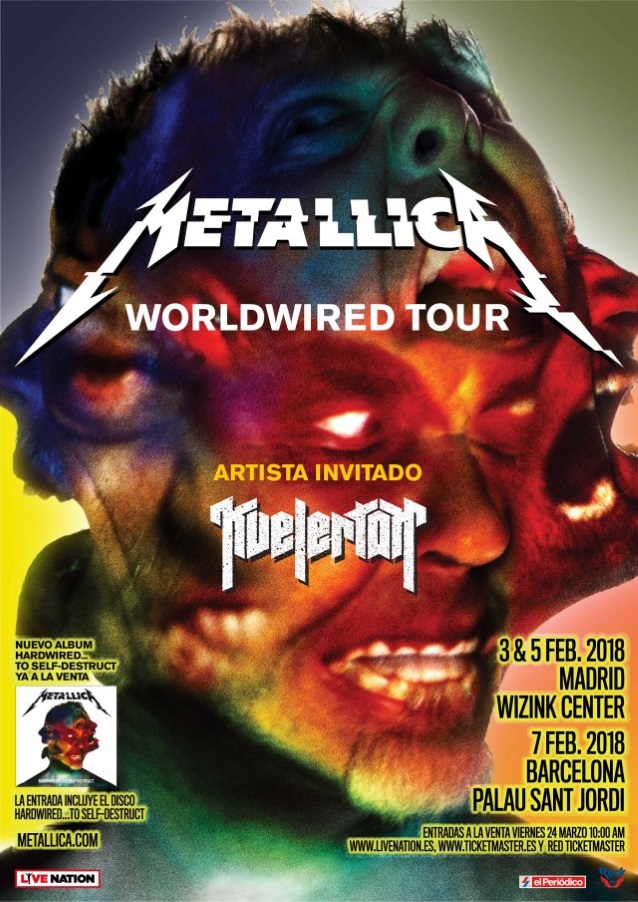