SAMMY HAGAR Says There Will Never Be Another VAN HALEN Reunion: 'It's Over, Man'

ACT OF DEFIANCE, the group featuring former MEGADETH members Shawn Drover (drums) and Chris Broderick (guitar), alongside ex-SCAR THE MARTYR singer Henry Derek Bonner and SHADOWS FALL‘s Matt Bachand (bass), will embark on a a U.S. headlining tour this March. Support on the trek will come from SHATTERED SUN.

Comments Broderick: “ACT OF DEFIANCE is extremely excited to be touring in March for the release of our newest CD, ‘Old Scars, New Wounds’. We are very happy to have along with us our friends in SHATTERED SUN and are stoked to see what they bring to a live show as I know they will kill it!”

ACT OF DEFIANCE‘s sophomore album, “Old Scars, New Wounds”, was released last September via Metal Blade Records. The follow-up to 2015’s “Birth And The Burial” was mixed by Dave Otero, who has previously worked with CEPHALIC CARNAGE and CATTLE DECAPITATION, among others. The cover artwork was created by Travis Smith (KING DIAMOND, OPETH, AVENGED SEVENFOLD, STRAPPING YOUNG LAD).

Going into writing the record, the quartet had no grand plan, and spread across the continental U.S., the individual members worked separately, bouncing demos back and forth and building on each others’ ideas. Like many contemporary bands, through taking advantage of available technologies they made a record that is very much a collaborative effort, despite the distances lying between the members’ home bases. Recruiting Otero, they tracked the record likewise, with Broderick laying down guitars in his own Ill-Fated Studios in L.A., Derek and Broderick‘s vocals tracked at Red Light Studios also in L.A., with Bachand tracking his contributions at Manshark in South Hampton, Massachusetts and Drover‘s drums were laid down at Atlanta’s Glow In The Dark Studios. 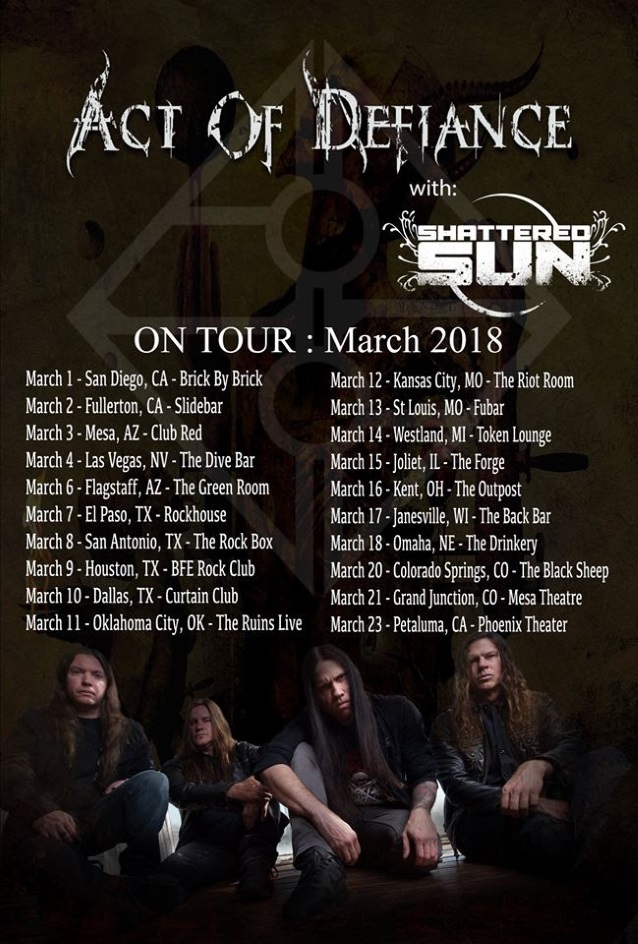