A performance video for the song “Whiskey”, taken from “East Coast Live”, can be seen below.

Collen initially started DELTA DEEP in 2012 after jamming at home over the course of a year with friend and relative Debbi Blackwell-Cook (Blackwell-Cook is the godmother of Collen‘s wife, Helen). What started as a casual pairing singing Motown and classic blues staples while Debbi frequently visited Collen‘s home quickly turned into much more. Collen, Helen and Debbi began writing original music which Collen and Debbi recorded in Collen‘s home studio. Later that year, a chance meeting re-acquainted Collen with Memphis native and enigmatic heavy metal, jazz, and R&B drummer Forrest Robinson. A friend suggested giving STP bassist Robert DeLeo a call. Sharing a loving affinity for soul, funk and the blues, DeLeo was the perfect fit. According to Collen: “We really wanted Robert in this band. He had the added firepower of being the premiere pioneer and most ‘badass bass player’ to come out of the alternative rock explosion.”

Regarding DELTA DEEP‘s songwriting approach, Collen told OC Weekly: “The great thing about it is just being able to do your own music and not being jaded about things. I still get a buzz out of putting out new music and getting that artistic expression. We touch on everything in our songs, like slavery and other topics people aren’t comfortable writing about because we have two black members and two white members. It’s really all about artistic expression for us.” 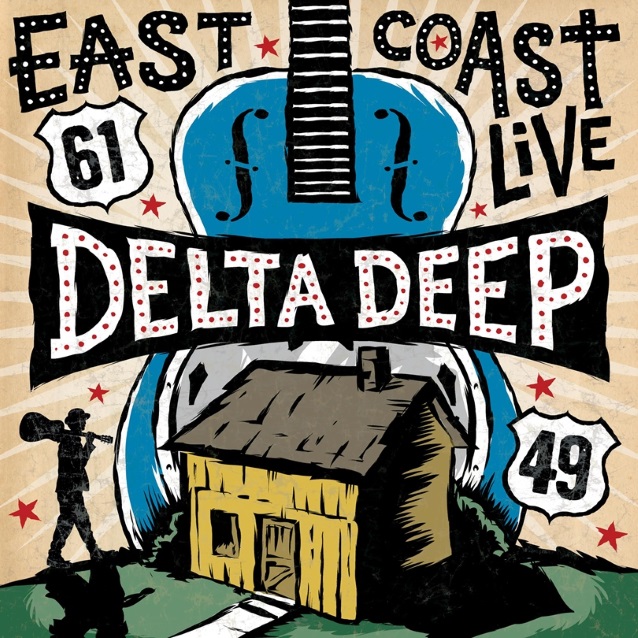