METALLICA's JAMES HETFIELD 'Speaks To Group Of People That No One Else Speaks To,' Says Co-Manager

The official lyric video for the song “Dead Tomorrow” from reactivated San Francisco Bay Area metallers SKINLAB can be seen below. The track was produced by 36 CRAZYFISTS guitarist Steve Holt and marks the first new music from the band since 2009’s “The Scars Between Us” album.

SKINLAB will kick off a short southwestern run, dubbed “Brothers In Blood”, on January 25 in San Diego, wrapping on February 3 in Harlingen, Texas. Support on the trek will come from PISSING RAZORS and SHATTERED SUN. A five-date “No Sleep Till Cali” run will launch on February 6 in Tucson, Arizona and end on February 11 in Orangevale, California.

“We are very excited to announce that our brother Snake has returned home and has rejoined SKINLAB for the ‘Brothers In Blood Tour’,” said SKINLAB frontman Steev Esquivel. “Our boy has slithered right back into our lives, and we embrace him with open arms.

“Snake has always been a huge part of SKINLAB, making his debut on the ‘Eyesore’ EP back in 1998. That fan favorite has become a collector’s item, and Snake‘s blood and spirit has been a constant fixture through every release we’ve done since. We couldn’t be happier to have him back for this tour.”

Added Snake: “It all comes down to LOVE… LOVE for these two dudes, Steev and Paul [Hopkins, drums], with whom I have shared so much time with. LOVE for the powerful music we have made, LOVE for the fans of SKINLAB, and ultimately, the LOVE for LIFE around every corner we turn. We’re older, wiser and share a mutual passion for what we’ve created together. As for the future, we’ll enter the studio and take things day by day, waiting to see what fate the metal Gods will bring forth. Enjoy the moment!”

“The last week has been an amazing experience that started off with handshakes, hugs and tears,” continued Esquivel. “The mood quickly turned into a massive wall of heaviness, however, when we began rehearsing a setlist of a dozen-plus songs, each met with smiles and nods of approval. To us, it’s obvious that this machine is back in action and ready for war! We are very excited to jump back on the road!”

In addition to rejoining SKINLAB, Snake remains a member of THE DEVIL IN CALIFORNIA, with whom he’s been performing since 2015. The band has been added to the bill for SKINLAB‘s homecoming show on February 10 in Crockett, California.

SKINLAB‘s lineup for the “Brothers In Blood Tour” is: 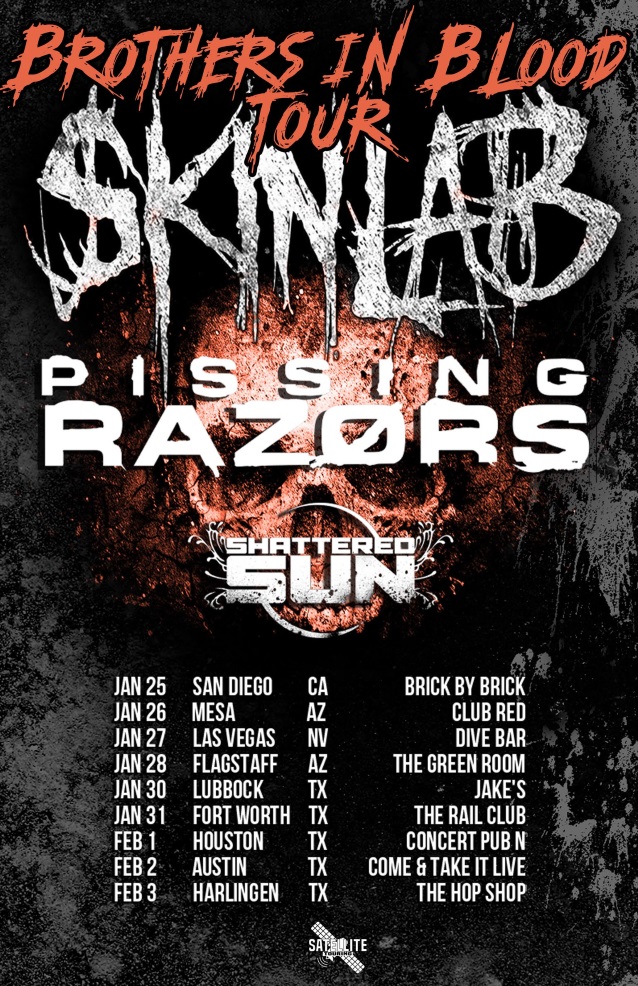 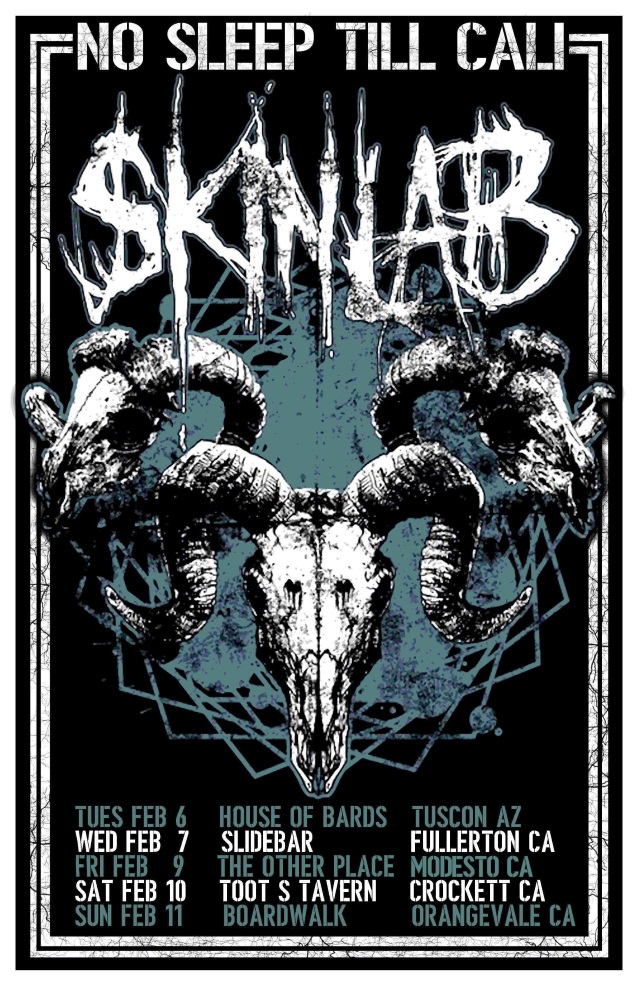