KAMELOT has set “The Shadow Theory” as the title of its new album, due this spring via Napalm Records. The follow-up to 2015’s “Haven” features all the signature elements of KAMELOT and also sees the band step out to add new and industrial elements along while combining amazing emotions that harken to the band’s earlier days. The group’s epic new music is chock full of symbolism relating to how the band feels about the world and the current state of civilization.

“The Shadow Theory” was recorded in Wolfsburg, Germany with producer Sascha Paeth.

KAMELOT guitarist Thomas Youngblood told Rock Overdose that the band’s new material was harkening “back to the ‘Ghost Opera’ days a bit with ‘Haven’ elements.” 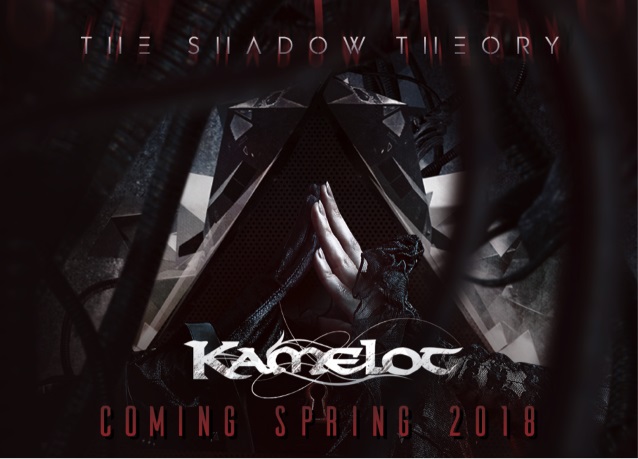