MICHAEL WEIKATH On Possible HELLOWEEN Reunion Studio Album: 'We Wouldn't Want It To Be Half-Baked In Any Way'

NECROPHOBIC To Release 'Mark Of The Necrogram' Album In February

STILLBORN has been described by its record label, Black Lodge Records, as “probably the first gothic metal band in history. Although they have little to do with today’s genres, they were ahead of time by the end of the ’80s.” Their first album is a cult classic, a masterpiece for horror fans, record collectors and fans who like doom, goth and other alternative subgenres.

During 2016 and 2017, STILLBORN‘s original members got together and recorded 10 new songs in the spirit of their debut, “Necrospirituals”. The songs were recorded and mixed at studio Juicy Halftone in Copenhagen by Henrik Stendahl.

On its new album, “Nocturnals”, which came out last October, STILLBORN has refined its sound and style even more but old fans will still recognize the band’s original essence. The lyrics are still sinister and eerie with a subtle twist. The music is loud, sturdy, dark and heavy as a monolithic stone. 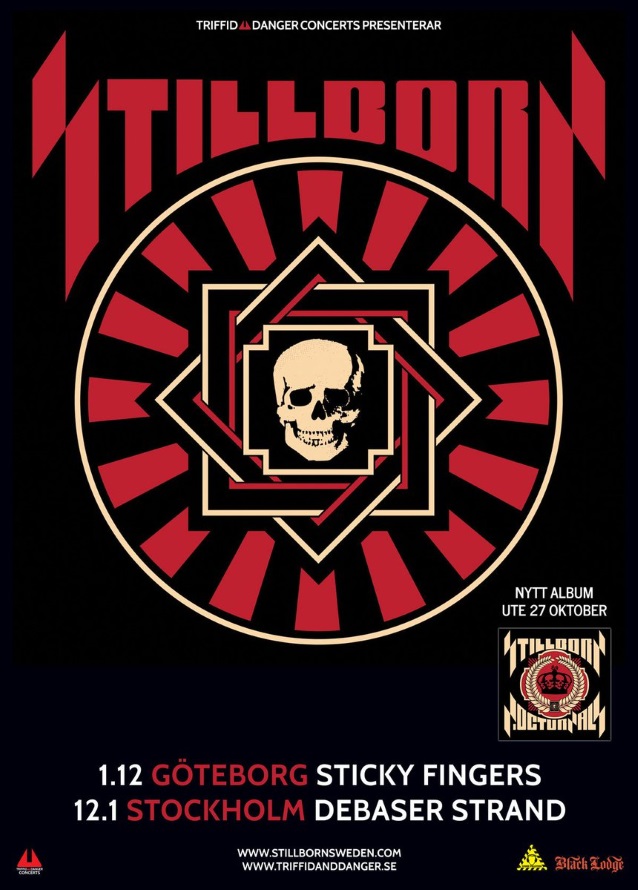