The official lyric video for the song “Time Machine” from Croatia’s ANIMAL DRIVE can be seen below. The track is taken from the band’s debut album, “Bite!”, which will be released on February 23 via Frontiers Music Srl.

ANIMAL DRIVE is a young and driven hard rock act founded in Zagreb, Croatia in 2012 by singer Dino Jelusic, who is the primary writer and driving force behind the band’s sound. Dino was chosen by the late, great Paul O’Neill to be a featured vocalist on TRANS-SIBERIAN ORCHESTRA‘s 2016 U.S. tour. ANIMAL DRIVE‘s lineup is completed by guitarists Ivan Keller and Alen Luke (who unleash a ferocious twin guitar attack on the listener), Damjan Milekovic on bass and Adrian Boric on drums.

Influenced by legendary bands such as WHITESNAKE and SKID ROW with progressive rock and metal elements from DREAM THEATER thrown in the mix, ANIMAL DRIVE takes the listeners on a wild ride of hard rock bombast.

Dino says: “I am more than delighted and excited to present our debut album. I hope the fans can approach our music with curiosity and interest and we hope to come soon in a town near you to rock your asses off!” 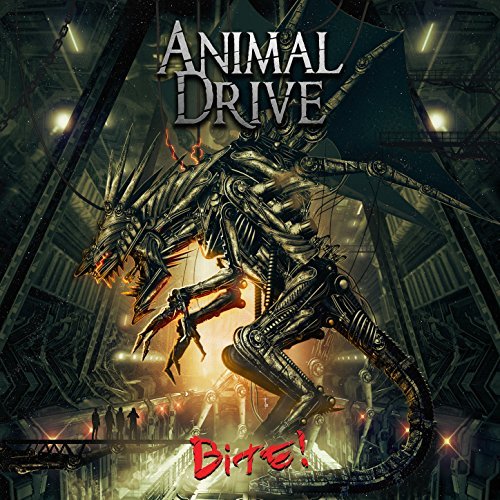