THE SWORD: Hometown Concert To Be Livestreamed On YouTube

TERROR To Release 'Total Retaliation' Album In The Fall

According to Billboard, GUNS N’ ROSES‘ “Greatest Hits” collection, which was originally released in March of 2004, has surpassed 6 million in total U.S. sales. The LP sold another 4,000 copies in the week ending December 28, with its sales now at 6.002 million.

GUNS N’ ROSES frontman Axl Rose, guitarist Slash and bassist Duff McKagan tried to block the release of “Greatest Hits” with a lawsuit, claiming that the record label had assembled the CD without their input. The band’s label, Geffen Records, insisted that it was forced to put out a greatest-hits album since Axl Rose had failed to deliver the long-delayed new GUNS album, “Chinese Democracy”.

As previously reported, GUNS N’ ROSES‘ “Not In This Lifetime” reunion tour is now the fourth highest grossing trek of all time, according to Billboard Boxscore. The tour, which launched in April 2016, topped the $475 million mark in gross sales with the final show of the band’s 2017 schedule on November 29 in Los Angeles.

GUNS N’ ROSES kicked off its long-rumored and long-awaited reunion tour in April 2016 with a club show in Hollywood and appearances in Las Vegas and at California’s Coachella festival.

It marked the first time that the three founding members of the group had performed together onstage in more than 20 years.

GUNS will return to Europe in June for a seven-week road trip, but the band’s plans until then, and beyond that, remain unknown for now. 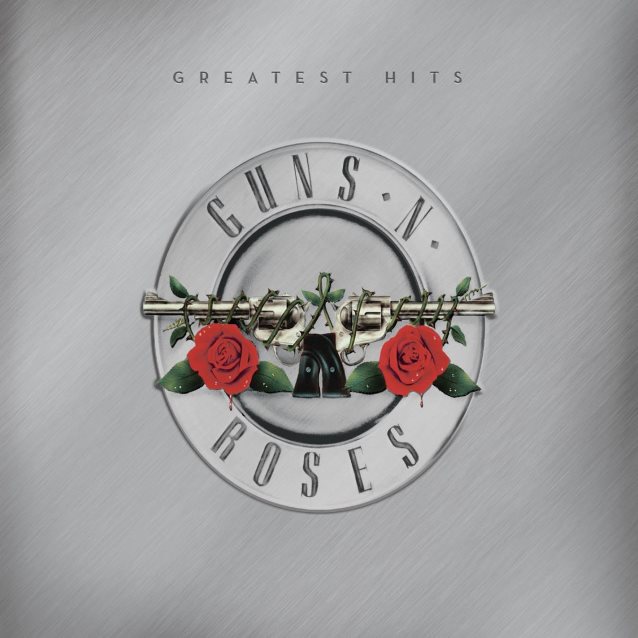