ACE FREHLEY To Perform On This Year's 'Kiss Kruise'

JAKE E. LEE Says YNGWIE MALMSTEEN Is An 'Arrogant Asshole' Who Is Only 'Really Good At One Little Thing'

Moose and Nadia of Lazer 103.3 FM‘s “Morning Moose” radio show recently conducted an interview with ANTHRAX guitarist Scott Ian about his second book, “Access All Areas: Stories From A Hard Rock Life”. You can listen to the chat via the SoundCloud widget below. A few excerpts follow (transcribed by BLABBERMOUTH.NET).

On punching out R.E.M. vocalist Michael Stipe at a David Lee Roth party:

Scott: “It was a Christmas party at the time. We kind of peripherally knew each other and he said hi to me and I was a bit inebriated in the moment. There was no malicious intent. I just kind of ‘bro’ punched him, maybe a little bit too hard in the arm and that’s all I’m going to give away.”

On whether Glenn Danzig is the biggest “dick” celebrity he’s met:

Scott: “I don’t know Glenn. I really don’t know him. Even after all these years, I could say, I know who Glenn Danzig is, but I don’t know Glenn. I’ve never hung out with Glenn. I don’t have a personal tale or story or anything about him. There’s a story in my book about [deceased comedian] Sam Kinison, who for years, I thought he was one of my heroes, pretty much the only one I had to chance to meet that it just didn’t go well. But in retrospect and if you read the story, you’ll know what I mean, it may have been the greatest hero meeting moment of my life. It’s just weird how things can kind of turn out sometimes.”

On whether he approached Madonna about going to a strip club:

Scott: “We were already out that evening. We were already out at dinner and Guy Oseary, who is her manager now, back then, he was running her record label [Maverick]. We had read about this stripper with some crazy, like 44 triple K [size breasts]. It was in the back of the New York Post where they advertise for the strip clubs. We happened to mention it and she overheard us talking about it. ‘What are you guys talking about?’ She looked at the ad and said ‘I want to go! I want to go!’ So that’s where we went after dinner.”

On whether there are any surprising stories for ANTHRAX fans to read about in his new book:

Scott: “I don’t know. I don’t know that there’s anything that they’d be surprised about. There’s a story about me becoming a professional poker player. To me, that’s the most surprising story, because, first off, I’ve never been a gambler. It’s never been a part of my life. I haven’t ever really been super public about it. It was for four or five years between ’06, ’07, 2011, I just feel like a lot of people don’t know about it. The reason why it wasn’t in my first book [2014’s ‘I’m The Man: The Story Of That Guy From Anthrax’], the autobiography, was that it was too big of a story to put in, the context of the autobiography, because it was too much of a tangent so I saved it for this book. I think it’s a surprising tale because I don’t think people had any idea I was playing professional poker for that amount of time.”

On how he became a professional poker player:

Scott: “By a complete fluke, win a celebrity poker tournament on VH1 having never, ever played [Texas] Hold ‘Em in your life and you win it. Then the online poker company that was sponsoring it decides they want to sign you up and get you poker lessons with poker pros and you find out that you take to it really well and it feels really natural and you dive in head-first and take it more seriously than perhaps anything you’ve ever done in your life. It’s a pretty crazy tale.”

“Access All Areas: Stories From A Hard Rock Life” was made available on December 12, 2017 from Hachette Audio as a digital download, and in hardcover and ebook from De Capo Press. 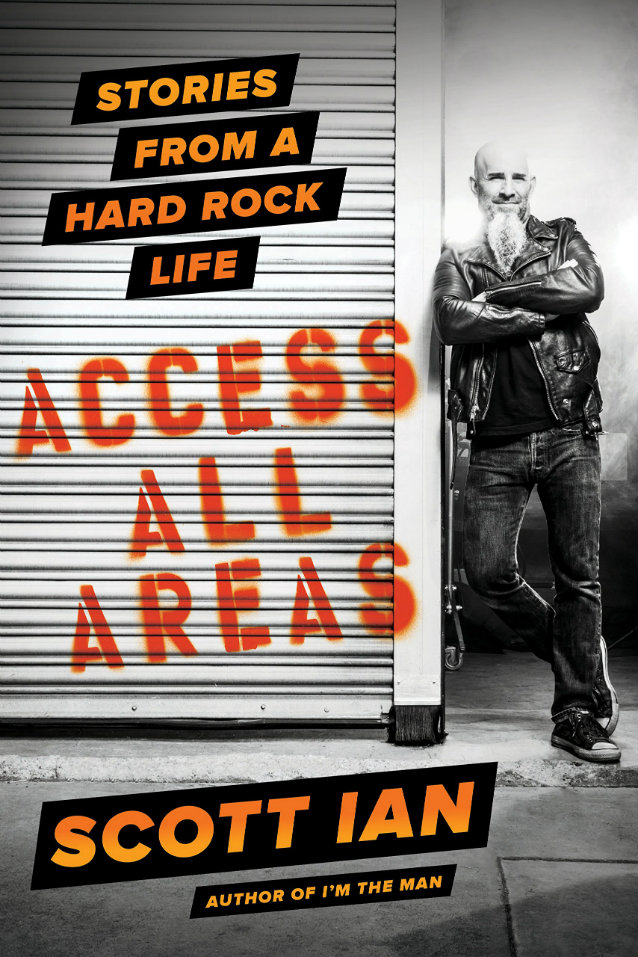