Keifer, who recently released an expanded compilation of his critically acclaimed solo debut album, “The Way Life Goes”, told Detroit’s WRIF radio station about the progress of the songwriting sessions for the follow-up effort: “[There are] a lot of song ideas floating around. We wanna get in next year. We’re gonna be touring next year through the summer behind this deluxe thing and the new tracks and all and video, but we’re gonna start working on new stuff. We’ve got our eyes set on the end of next year, fall of ’18, to be really seriously in the studio and recording the follow-up.”

“The Way Life Goes – Deluxe Edition” was made available on October 20 via Cleopatra Records. The original 2013 album was remastered by Richard Dodd (KINGS OF LEON, JASON ALDEAN, LADY ANTEBELLUM) and contains two brand new studio tracks recorded in Nashville by three-time Grammy Award winner Vance Powell (Jack White, Chris Stapleton) with Keifer and his bandmates (Tony Higbee, Billy Mercer, Paul Simmons, Paul Taylor, Savannah Keifer and Kendra Chantelle). Fans finally got to hear the long-awaited studio recording of THE BEATLES‘ “With A Little Help From My Friends”, which Keifer performs at all of his concerts, plus a powerful new take on the CINDERELLA classic “Nobody’s Fool”, newly recorded as a duet with Lzzy Hale of HALESTORM.

“We wanted to make sure what we were adding to it was special,” Keifer told the Chicago Tribune. “A lot of deluxe editions go back to the original sessions. We actually recorded new tracks, one of them being a duet with Lzzy Hale on ‘Nobody’s Fool’, which was something that came about on tour.

“When we were supporting the original record we did some shows together. She and I ended up singing that song together. It was received really well.”

The bonus DVD, he added, “has a great documentary of us all working in the studio last year putting things that really make sense with the record instead of just any old thing. I really love this new artwork. It’s pretty extensive packaging. He’s an amazing artist.”

“The Way Life Goes – Deluxe Edition” is wrapped in an all new six-panel digipak designed by artist David Calcano (creator of the Fantoons comic strip series) with 20 pages of one-of-a-kind unique illustrations depicting each song. 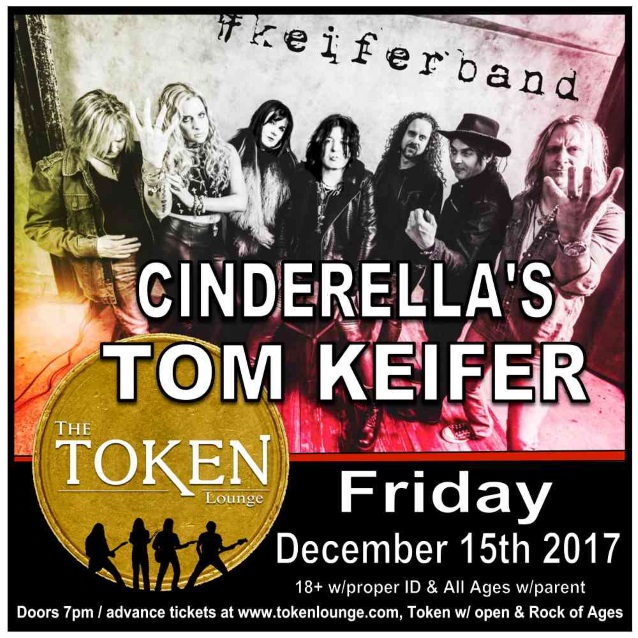