Fan-filmed video footage of SCOUR — the extreme metal “supergroup” featuring Philip Anselmo (PANTERA, DOWN, SUPERJOINT) alongside members of CATTLE DECAPITATION and PIG DESTROYER — performing the PANTERA song “Slaughtered” live at Come And Take It Live in Austin, Texas on December 16 can be seen below.

SCOUR‘s “Red” EP was released on November 3. The disc was recorded at Anselmo‘s Nodferatu’s Lair with Steve Berrigan (DOWN, PHILIP H. ANSELMO & THE ILLEGALS, EYEHATEGOD, HAARP, CLASSHOLE) at the helm. The record was once again mixed and mastered by Dave Otero (CEPHALIC CARNAGE, CATTLE DECAPITATION, COBALT, KHEMMIS) at Flatline Audio.

The self-titled debut EP from SCOUR was released in July 2016 via Anselmo‘s Housecore label.

SCOUR bassist John Jarvis told Metal Heads Forever magazine about working with Anselmo: “Oh, it’s amazing. We’ve all grown up as PANTERA fans. I went to a PANTERA concert by myself when I was in the eighth grade and my mom always used to drop me off to the PANTERA shows and we made friends along the way. They were the biggest band back in the day. They were the next METALLICA, and it was fun to play songs by them, and today it’s such an honor to be working with Phil himself.”

Asked if SCOUR is “a short-term experiment” or if it will be a long-running project, John said: “We are not sure, but we would like to have it go as far as possible. We have plans for a full-length album and we are really looking forward to it, absolutely looking forward to touring around. So let’s hope for the best.” 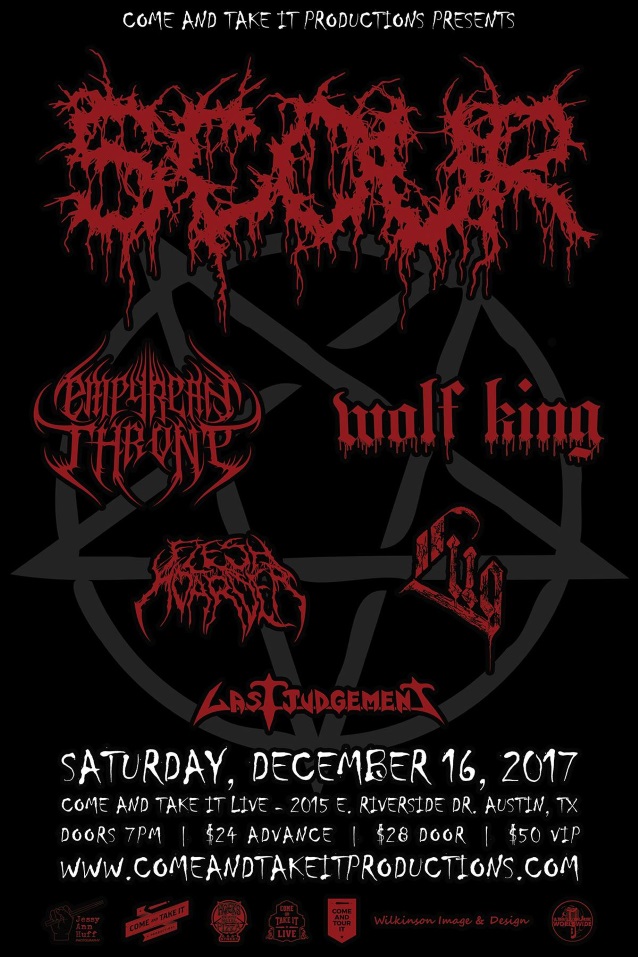