AVENGED SEVENFOLD Singer On 'The Stage' Surprise Release: 'We Were Just Looking For Ways To Stimulate Ourselves'

SAINTED SINNERS Feat. Former ACCEPT Singer DAVID REECE: 'Back With A Vengeance' Album Due In February

Industrial metal veterans MINISTRY will embark on a five-week North American tour in the spring. The trek, which kicks off on March 22 in Anaheim, California, will feature support from CHELSEA WOLFE.

MINISTRY will be touring support of its new album, “AmeriKKKant”, which will be released on March 9, 2018 via Nuclear Blast Records. The disc will feature guest appearances by DJ Swamp (Beck), Burton C. Bell (FEAR FACTORY), Arabian Prince (N.W.A.) and Lord Of The Cello.

Produced by mainman Al Jourgensen, recorded at Caribou Studios in Burbank, California between January and May this year, and with striking artwork created by Mister Sam Shearon, the album’s psychedelic, politically influenced and very much in-your-face nine tracks are rooted in Jourgensen‘s unadulterated anger for what’s happening in America today — the waning respect for the U.S. Constitution, the growing acceptance of one’s opinions replacing facts, the decline of our leaders’ sense of morals, ethics and personal responsibility to the country and to their constituents, and the mad man in the White House.

The official music video for the song “Antifa” can be seen below. 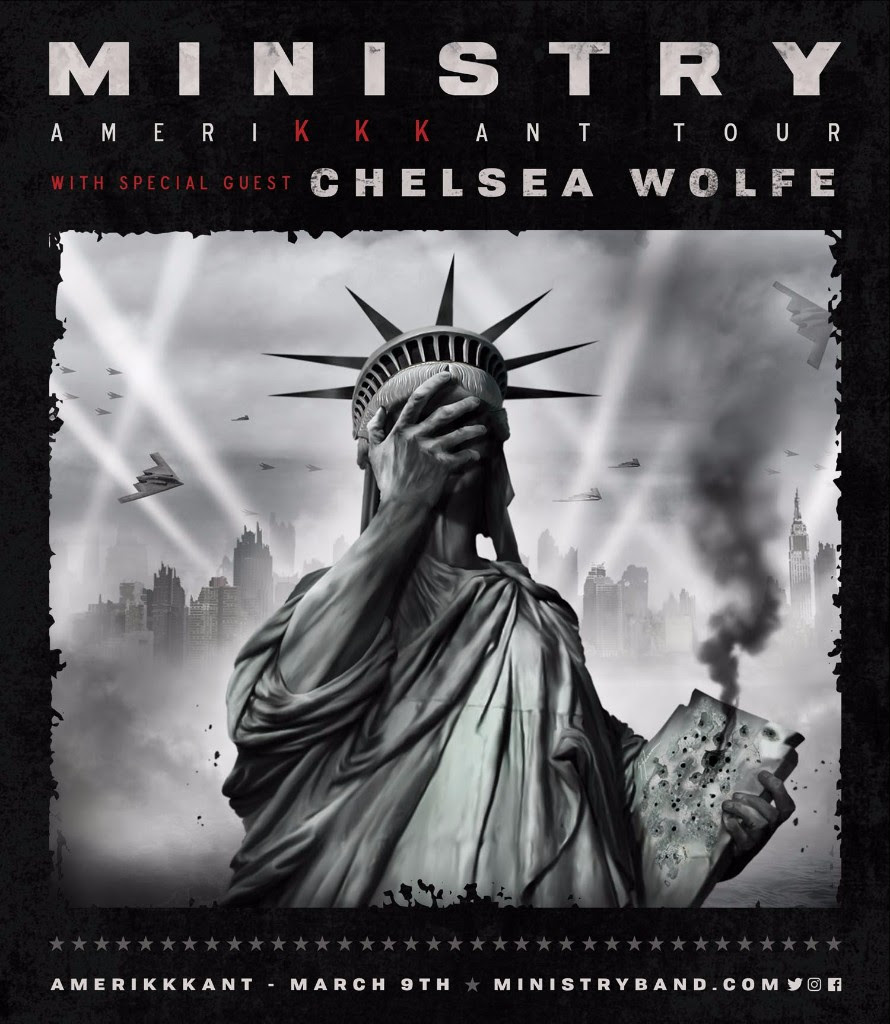