KREATOR Releases Music Video For 'Hail To The Hordes'

German power metallers IRON SAVIOR will release “Reforged – Riding On Fire” on December 8 via AFM Records. The disc contains re-recorded versions of the best and most popular songs IRON SAVIOR has released so far. These 2017 re-recordings come with a much more powerful sound, of course, but the band managed to keep the songs’ original character and feel.

IRON SAVIOR decided to re-record the material because the band’s early albums was not available anymore but a reissue was not possible due to legal reasons.

“We can’t re-release our albums from the Noise Records years in their initial form,” IRON SAVIOR leader Piet Sielck says, “but we are free to re-record songs from these albums. We’ve approached this challenge with a lot of enthusiasm.”

“Reforged – Riding On Fire” will be made available as a two-CD digipak and double vinyl.

The new version of “Battering Ram”, taken from “Reforged – Riding On Fire”, can be streamed below. 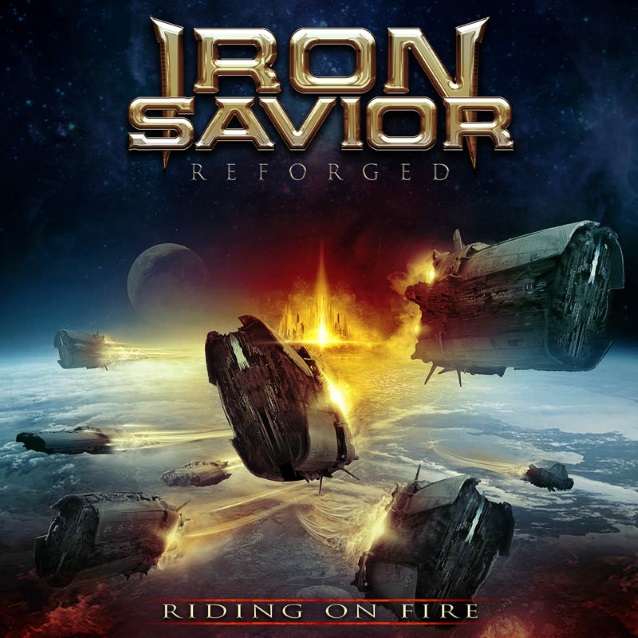