LIKE A STORM To Release 'Catacombs' Album In June

Issue #5 of the newly launched U.K. based Rock Candy magazine features an exclusive candid interview with legendary rock manager Doc McGhee in which he tells how out-of-control MÖTLEY CRÜE bassist Nikki Sixx‘s outlandish behaviour on board the bullet train in Japan got both of them thrown in jail by the country’s riot police.

The latest issue of Rock Candy, featuring Ozzy Osbourne and Randy Rhoads on the cover, is available in shops around the world via distribution from industry giant Marketforce. Besides a massive Randy Rhoads feature, it also includes an exclusive behind-the-scenes feature on what really went on during the CRÜE‘s wild “Girls Girls Girls” tour in 1987. Including new interviews with vocalist Vince Neil, manager McGhee and members of the tour team, together with exclusive photos from legendary photographer Mark Weiss, the piece exposes the madness of life on the road with the house band of hair metal.

“We played Japan in December of ’87 and took the bullet train from Tokyo to Osaka for a show,” explains McGhee. “On the way back, Nikki was all messed up. Mick and Nikki started getting into each other and Nikki threw donuts at Mick while he was drinking a bottle of Jack. There wasn’t a fistfight, because Mick couldn’t fight anybody. Nikki threw a bottle and hit a Japanese guy in the back of the head. Blood was pumping and they ended up dragging the guy out like he’d survived a battle. When we got to Tokyo, there were a couple of hundred Japanese police with riot gear on waiting for us. I went up and said, ‘I’m Doc McGhee, the manager of MÖTLEY CRÜE.’ They grabbed me, threw me on the ground and zip-tied my hands behind my back. Then they went and got Nikki. They dragged him out and threw him beside me and took the two of us off to jail. We sat there for four or five hours and then had to write a letter apologizing before they would let us out. If it wasn’t for our promoter Mr. Udo, we’d probably still be there. Mr. Udo went through hell on that tour. He came down and sorted things out so that all we had to do was write that letter of apology. But Nikki didn’t want to do it. I wanted to kill him, because I’m in jail because of him.”

Read the whole of this revealing article, and many more fascinating features, in Issue 5 of Rock Candy. Available now in U.K. retailers, on its way to shops around the world via export, and direct from the magazine online. 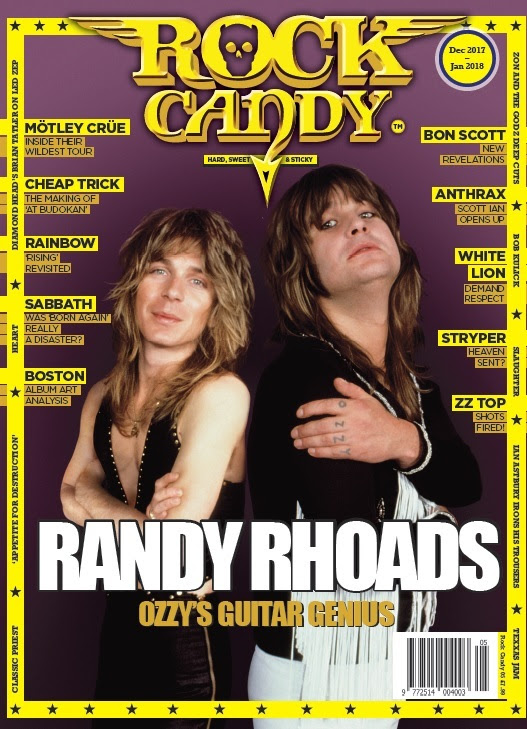