ZAKK WYLDE: 'My Friends Went To College. I Went To OZZY OSBOURNE University'

Austrian symphonic metallers EDENBRIDGE will release a new live album, “Live Momentum”, on November 29. Limited to 1,000 copies worldwide, it will only be available through the band’s webstore without any label support.

The official video for the song “The Die Is Not Cast” can be seen below.

EDENBRIDGE‘s latest album, “The Great Momentum”, was released in February through SPV/Steamhammer.

Like its predecessor “The Bonding” (2013), “The Great Momentum” was produced by guitarist/composer Lanvall and again mixed by Karl Groom (THRESHOLD) at his Thin Ice Studio in Surrey, England. The mastering was taken care of by Mika Jussila (STRATOVARIUS) at the renowned Finnvox Studios. Among the featured guests on the album are vocalist Erik Martensson (ECLIPSE, W.E.T., NORDIC UNION) and the Junge Philharmonie Freistadt orchestra.

Lanvall told HardrockHaven.net about the making of “The Great Momentum”: “Right after our last studio album, ‘The Bonding’, I wanted to do something different musically. In 2010, Sabine [Edelsbacher, vocals] and I played a short acoustic showcase in Hanoi (Vietnam), just piano and vocals. This was really inspiring, so we founded VOICIANO, the acoustic project. Only acoustic instruments were allowed to use, so no drums, electric guitars and keyboards. I recorded most of the piano parts live without click tracks and then everything followed. In 2014, we released our first album ‘Everflow’. After that, I had the idea to do a history DVD about the first 15 years of our career. In the end, I sat over one year in the cutting room and out came a nine-hour documentary on six DVDs called ‘A Decade And A Half… The History So Far’. In spring 2015, I immediately started writing the new studio album ‘The Great Momentum’, which also took me one year in the writing and arranging process. In June [2016], we recorded the drums and after that, I spent the whole summer of recording in my own studio. That all was a very relaxing process this time and made a lot of fun. After a three-weeksholiday break, I went to England to Karl Groom for the mix, which was a great process again. It is the fifth album we have been done together now and the collaboration is always awesome. Finally, Mika Jussila put the final touches on the album on mastering in Finnvox.” 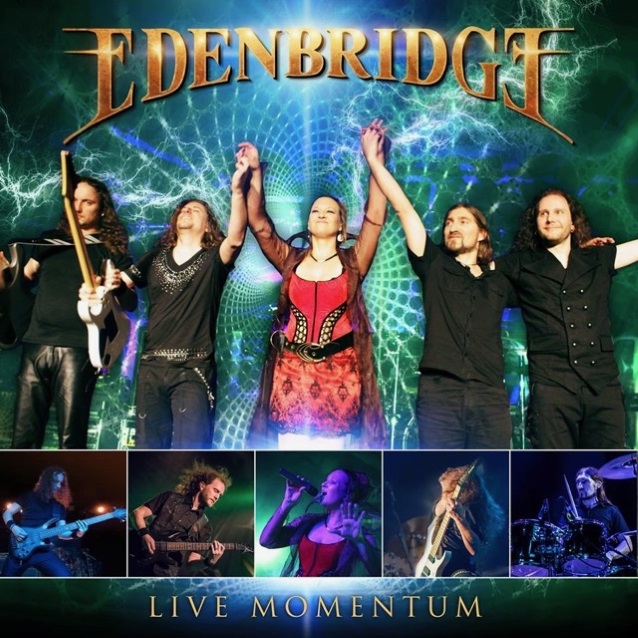