RIOT V Bassist Explains Name Change: 'It Just Means That A New Chapter In The Book Is Written'

Greek guitar virtuoso Gus G., well known in rock and metal circles for his work as Ozzy Osbourne‘s guitarist and as leader of his own band FIREWIND, has signed a worldwide deal with AFM Records for his solo band.

“I’m very excited and happy to confirm that I’ve signed a worldwide solo record deal with one of Europe’s premier record labels, AFM Records!” Gus said in a statement. “In my opinion, AFM is one of the few labels today that care for artist development, their team is really passionate about what they do and they have fresh and exciting ideas. We briefly worked together on FIREWIND‘s ‘Immortals’ album for the North American territory and now I’m looking forward to the full-scale collaboration on my next solo album.”

Gus is currently working on a brand new solo album for an April 2018 release. In the meantime, the guitarist will embark on a North American tour with Vinnie Moore, kicking off on November 28 in Derry, New Hampshire. Gus will present a surprising, brand new power trio lineup for the very first time: he will be joined by Dennis Ward on bass/vocals and Richie Monica on drums.

“Metal fans might know Dennis as the bass player from the bands UNISONIC and PINK CREAM 69,” says Gus. “What people might not know about him is that he’s a multi-talented songwriter, producer and singer. Since me and Dennis have been working on songs for FIREWIND‘s latest album release but also now on my upcoming solo record, I only felt it was natural to invite him to play this music with me on stage. So, obviously forming a power trio is a new setup and we’re really looking forward to rocking the U.S. crowds this winter but also with my upcoming album tour cycle.”

AFM Records A&R executive Timo Hoffmann says: “After releasing FIREWIND‘s latest studio album, ‘Immortals’, in North America earlier this year, we are beyond excited that Gus decided to make AFM the new label home for his solo career as well. No words needed to praise the man’s qualities — Gus was a household name and highly acclaimed musician/songwriter long before he joined Ozzy‘s band. Ever since its inception, he is the driving force behind FIREWIND and in addition has established a solo career, delivering outstanding up-to-date hard rock with finesse. Fans can look forward to a fantastic new Gus G. album which will see the light of day in April 2018.” 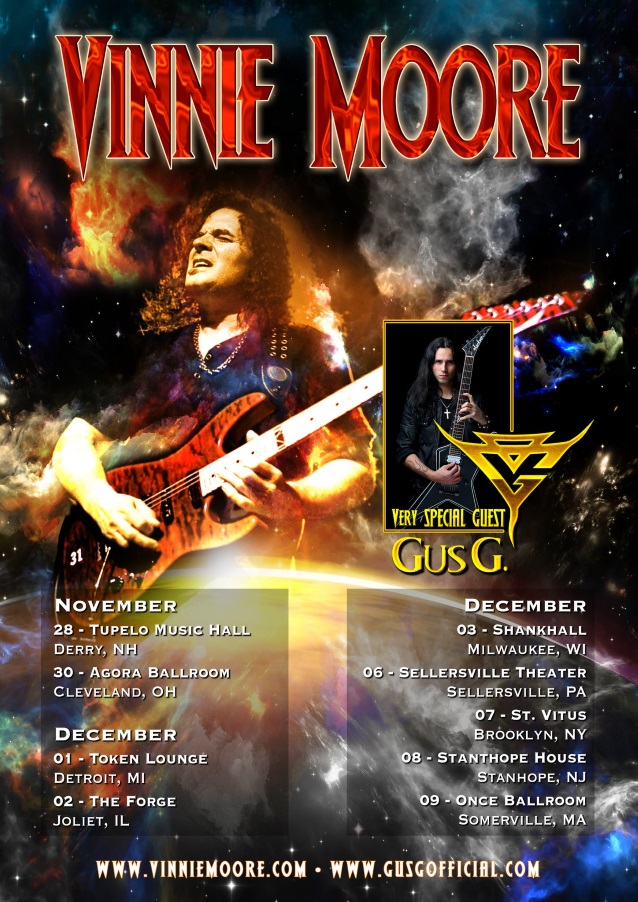