Fan-filmed video footage of the West Coast version of the tour performing at Mid-America Center in Council Bluffs, Iowa can be seen below.

TRANS-SIBERIAN ORCHESTRA is on the road for the first time since the death of its creator, Paul O’Neill, who passed away on April 5 of an accidental prescription drug overdose. An official statement from O’Neill‘s family reported that the multi-instrumentalist died as a result of an “unexpected reaction” to prescription medication for his various ailments. And in July, TSO‘s longtime bassist David Zablidowsky died in a highway accident in Florida.

Al Pitrelli, the current West Coast musical director, told Deseret News: “On a professional note, we’re out there and we’re doing our job. It’s better than it was last year, it’s bigger than it was last year and last year was pretty good. So the trajectory is the same. I mean, on a personal level, oh gosh, every note that I play means a little bit more to me. ‘Cause I’ll be playing a song and it’ll take me back to when we recorded it or when Paul would throw a pencil at me,” Pitrelli said with a laugh. “There’s a lot of history and a lot of memories that are running through my brain, but Paul taught me to compartmentalize things. I don’t want to bring anything on stage that isn’t going to make the show better. It’ll be on the side of the stage waiting for me when I leave the stage. But while I’m on that stage, every note that I play will be a tribute to my best friend and the man who created this.”

TRANS-SIBERIAN ORCHESTRA formed in 1996 out of the ashes of the Florida power metal band SAVATAGE and started touring three years later, connecting with fans by releasing a series of rock operas, such as 1996’s “Christmas Eve And Other Stories”, 1998’s “The Christmas Attic” and 2004’s “The Lost Christmas Eve”. Over the past 20 years, it has become a critically acclaimed, multi-platinum, musical powerhouse. The progressive rock group’s record-setting “rock theater” tours sell out venues year after year and they have cemented their status as a must attend, multi-generational, holiday tradition.

2016 was another record-breaking year for TRANS-SIBERIAN ORCHESTRA (TSO). Proving that it is more popular on the road than ever before, TSO‘s winter tour 2016 sold the most tickets per show in the group’s history, with a total in excess of 927,000. The tour also set a record gross for TSO with a total of more than $56.9 million.

20 years since the band’s first album, and since its historic touring debut, TSO has played in excess of 1,800 shows for more than 14 million fans, with tour grosses of over $625 million, and sold in excess of 12 million albums and DVDs. In 2009, Billboard magazine placed TSO at #25 on its “Top Touring Artists Of The Decade.” 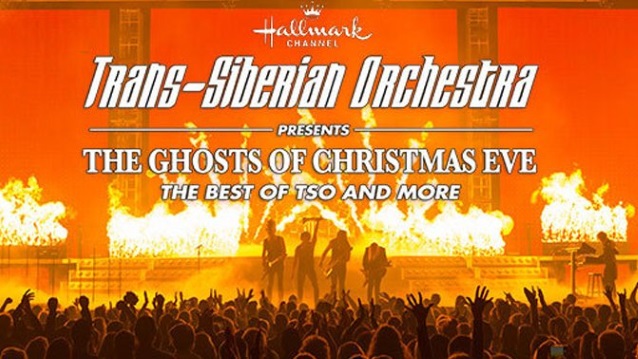