According to Deadline, British actor Douglas Booth is in negotiations to play Nikki Sixx in MÖTLEY CRÜE‘s long-awaited film adaptation of the group’s biography, “The Dirt – Confessions Of The World’s Most Notorious Rock Band”.

The film adaptation of “The Dirt” is being helmed by “Jackass Presents: Bad Grandpa” director Jeff Tremaine and is being produced by LBI Entertainment‘s Julie Yorn and Rick Yorn, along with Erik Olsen and Amanda Adelson, who wrote the script. Netflix will distribute the project, which was previously at Focus and before that at Paramount.

Booth appears in “Loving Vincent”, the new animated film by Dorota Kobiela and Hugh Welchman which has been described by the Capital Times as “perhaps the ultimate artistic tribute to Vincent Van Gogh, in that over 100 artists spent seven years handpainting every one of the 140,000 frames of the film.”

Sixx told SiriusXM‘s “Debatable” last December that “The Dirt” was “being moved around.” He explained: “Some different companies are really interested. But it’s a slow-moving process. It’s beyond [being] in development. We’re changing partners. I know that [N.W.A.‘s hit biopic] ‘Straight Outta Compton’ took over eleven years to put together. It’s a slow-moving thing.”

He continued: “I don’t wanna really be involved in something that’s just piecemealed together just to say, ‘We did it!’ You know, one of those VH1 rock movies you see like on Meat Loaf. It’s not what we wanted. We think that the story’s actually more important than… more important than, actually, the band. It’s a really interesting story. It’s not really just about girls pulling their pants down in the bathroom and us snorting blow off their asses; there’s a bigger story to it. You’re gonna get less of that. You’re gonna see that, because that happened, but there’s a really beautiful story, and it’s really about a gang that climbed the mountain together and pulled each other up to the top of the mountain when everybody else didn’t believe in them, and then imploded at the top.”

Asked how it struck him that he would be seeing an actor playing him on screen, Vince said: “That’s gonna be strange. It’s funny, I saw the table read of the last script. They have these different actors playing each person, and even just the table read of the script was weird when the Vince guy was talking. [Laughs] It wasn’t the guy that’s gonna play me, but it was just kind of weird hearing somebody say your words. It’s a bit of a trip.”

Sixx and MÖTLEY CRÜE drummer Tommy Lee attended a read-through of the script in 2014 with Tremaine and were impressed with what they saw.

“Can I tell you it was the most fucking insanely surreal experience I’ve ever sat through, y’know,” Lee told GMI Rock News. “I sat through probably two hours and change of literally watching people act and play through this two-hour-plus movie of your… of 30 years of your life that went by in two hours, and I was just like, ‘What the fuck?! That’s insane. This movie is insane.’ Even just the way the movie starts, you’re like, ‘How the hell are we gonna rate this thing, triple R?'”

According to Lee, the film won’t include any big stars acting as the CRÜE members.

“We’re going with all unknowns,” he said. “I think that’s crucial here, too. Getting known actors would not do anybody or the film or the band or any of that stuff justice. I think it would be watching a well-known actor play Vince or myself or Nikki or Mick [Mars] would be weird, because all of those other movies they’ve done would be attached to that character, and it would be real hard to remove those. There’s a lot of up-and-coming young actors that are fucking amazing, actually.” 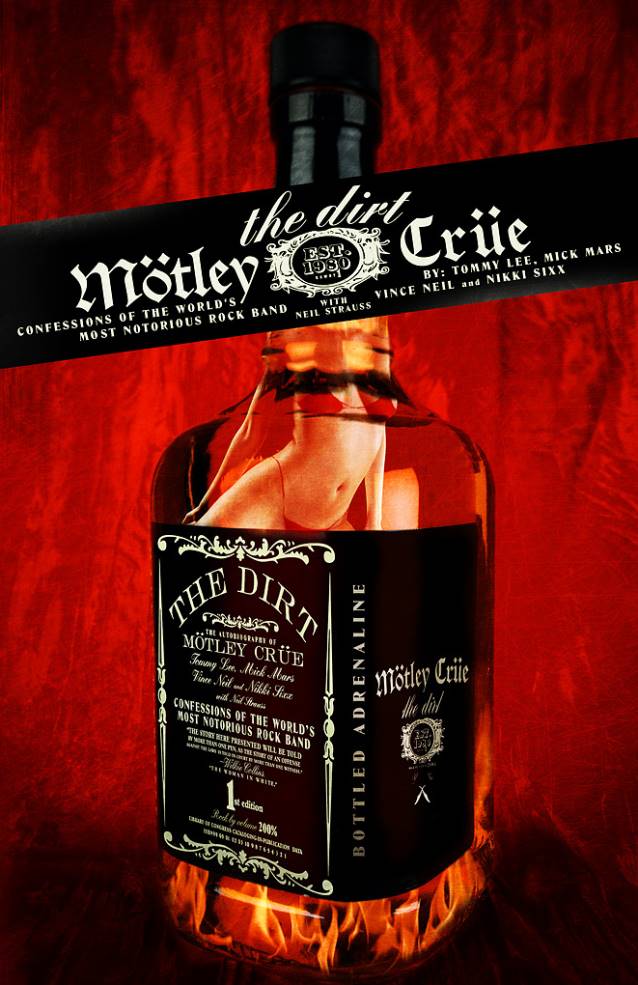